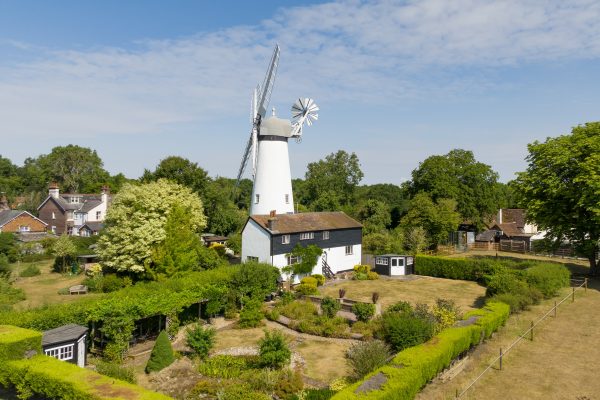 An incredible converted windmill and adjoining cottage that has hosted celebrities, artists and writers over the years

Situated in the hamlet of Braziers End, The Windmill is a fascinating opportunity to live in a former working mill, where quirky features meet you at every turn.

The four white sails of The Windmill haven’t turned in decades – since 1912, to be exact – since then the iconic former working mill has taken on a new role as a private residence.

Now for sale through Savills with a guide price of £1.65million, The Windmill is a quirky and utterly charming five-bedroom property that’s packed with wonderful features, sure to appeal to buyers looking for a home away from home. a house with a lot of character and unique. – a kind charm.

A windmill is thought to have existed on or near the site since the 17e century and in 1863, a smock mill (a type of windmill with six or eight sloping sides, usually clad in horizontal siding, with a siding or thatched roof, from which a rotating roof cap rotates the sails into the wind), was built by the Norwich Wind and Steam Company. The following years were not successful, and in 1883 the mill was demolished.

In the same year, a masonry tower mill was built in its place – a vertical brick or stone windmill, with a rotating wooden “cap” that turns the sails in the wind. It cost just £300 to build and is believed to be the last of its kind built in England. The original steam engine flywheel is now on display in the dining room. 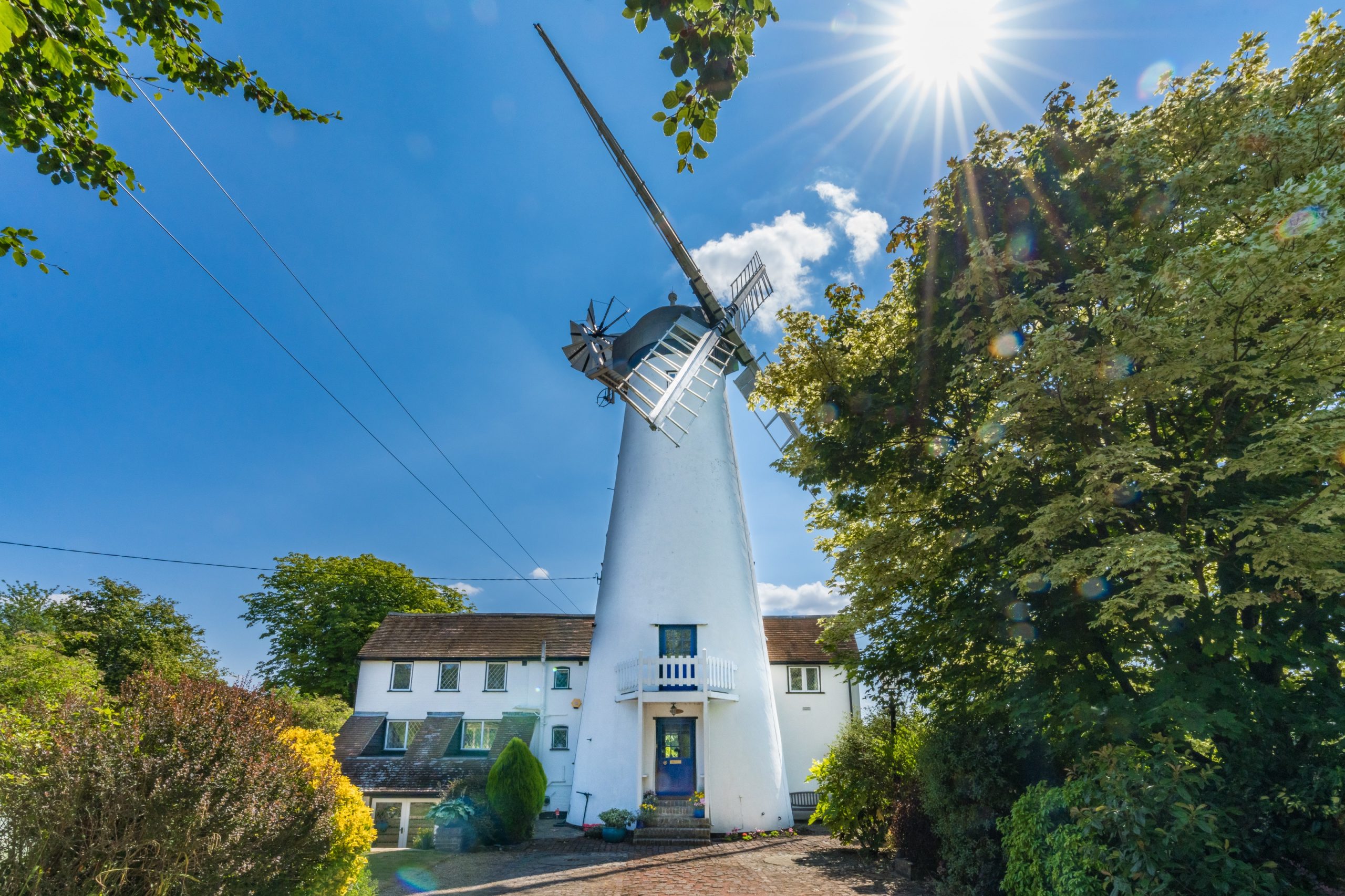 Between the years 1883 and 1912, two millers would have worked at the mill; Daniel Dwight, the first recorded miller in the new masonry design, and Thomas Robinson, who took over operations from Dwight in 1891.

A Mr Gilbert Cannan and his actress wife, Mary – whose first marriage was to Peter Pan creator Sir James Barrie – were the first residents of The Windmill after it was turned into a private residence. They socialized in close circles with two groups of London artists: The Bloomsbury Group and the London Group, both of which were important during the First World War. Visitors are believed to have included DH Lawrence, Katherine Mansfield and painter Mark Gertler, who painted ‘Gilbert Cannan and his Mill’. 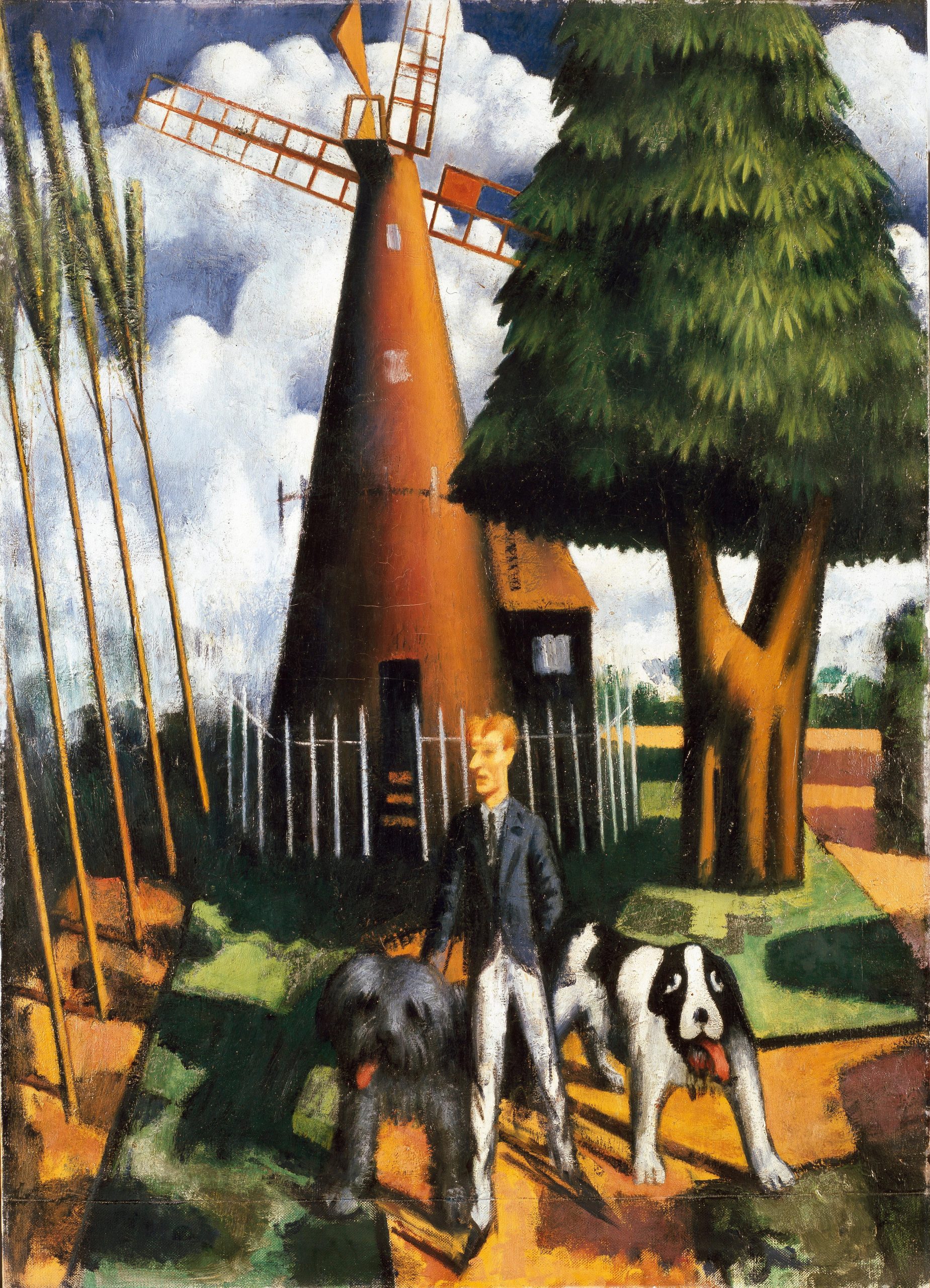 Two dogs feature in the artwork – one of which belonged to Mary and James Barrie when they were married – and it was this dog that inspired the character “Nana” in Peter Pan. The painting is on display at the Ashmolean Museum in Oxford.

Over the next few years, the Bloomsbury Group are said to have visited the mill many times, and in 1916 American actress Doris Keane moved in. During the 1930s the mill was used by artist Bernard Adams as an art studio and more recently. residents include Sir David Hatch.

On entering the mill, the circular reception hall leads into the cottage, from which you will find the drawing room and lounge, and a spiral staircase leading to a good sized kitchen, utility room and dining room. 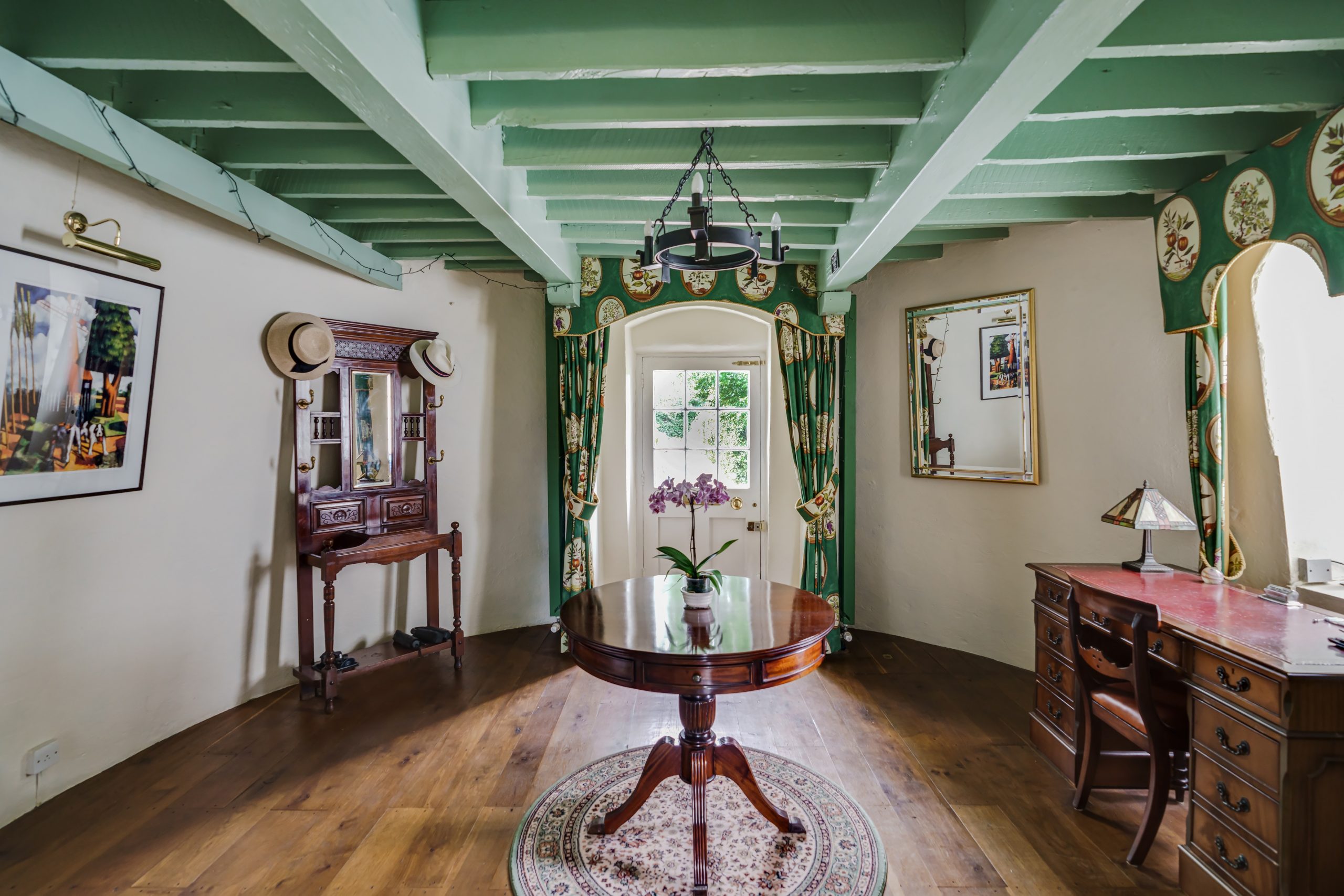 Four bedrooms and three bathrooms are located on the first floor, including the beautiful circular bathroom with balcony. A small circular office is on the second floor in the upper part of the mill tower, but could be another smaller bedroom if required.

A pretty country garden surrounds the property with views overlooking the hamlet of Braziers End. The hamlet is linked to the nearby village of Cholsebury, which is almost equidistant between London and Milton Keynes. 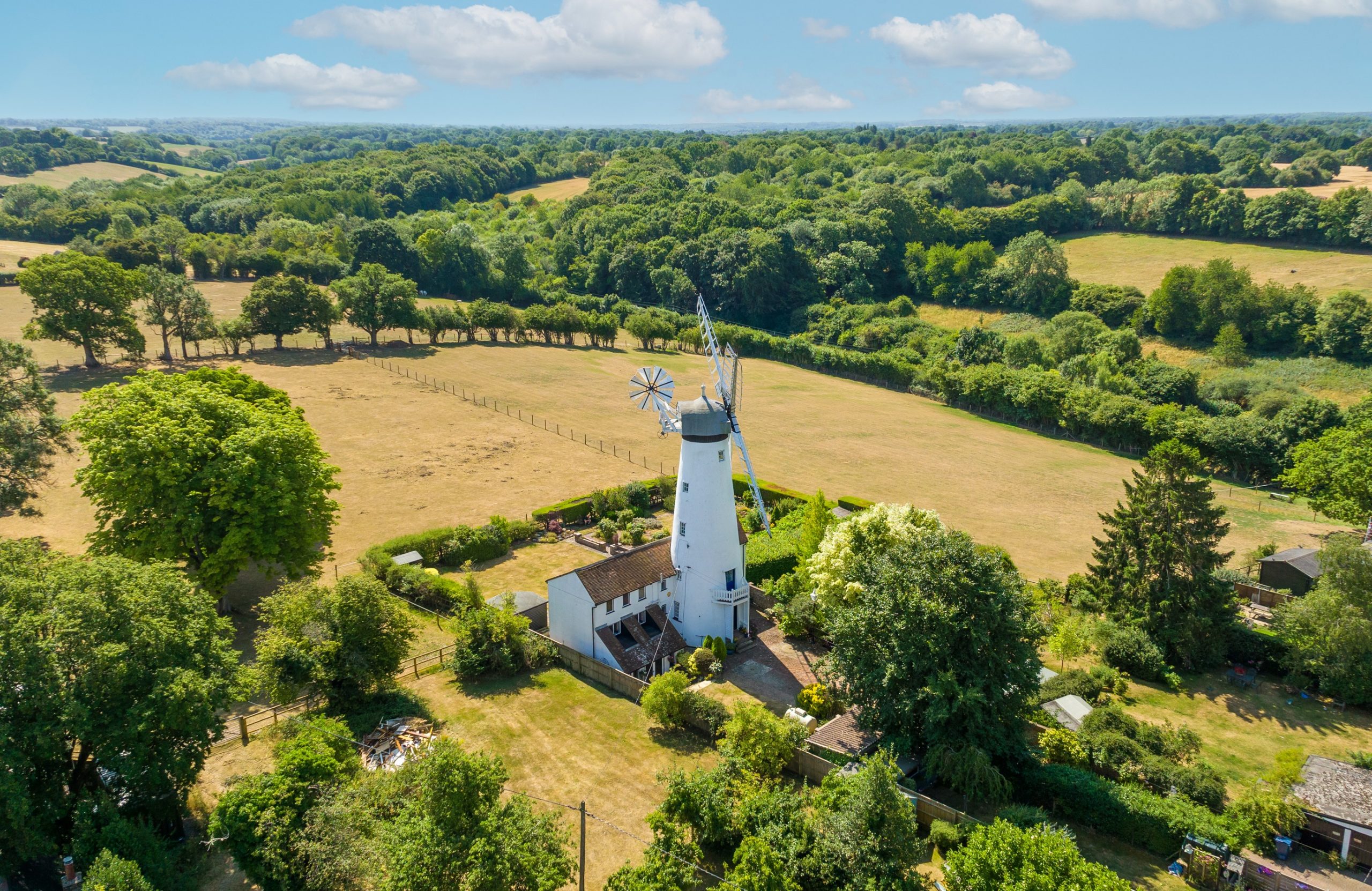 Countless footpaths and bridleways wind through the Chiltern countryside – a designated Area of ​​Outstanding Natural Beauty and there is a good local pub, The Full Moon. The major towns of Chesham, Amersham and Berkhamsted are all within a four to six mile radius, offering a full range of shops and London (approximately 36 miles) is easily accessible for commuters with stations at Tring, Chesham Underground and Berkhamsted.

Recommended videos for you

There are a number of excellent schools in the area including St Bartholomew’s Church of England Primary School (rated ‘excellent’ by Ofsted), Hawridge and Cholesbury Church of England School and Chartridge Combined School. 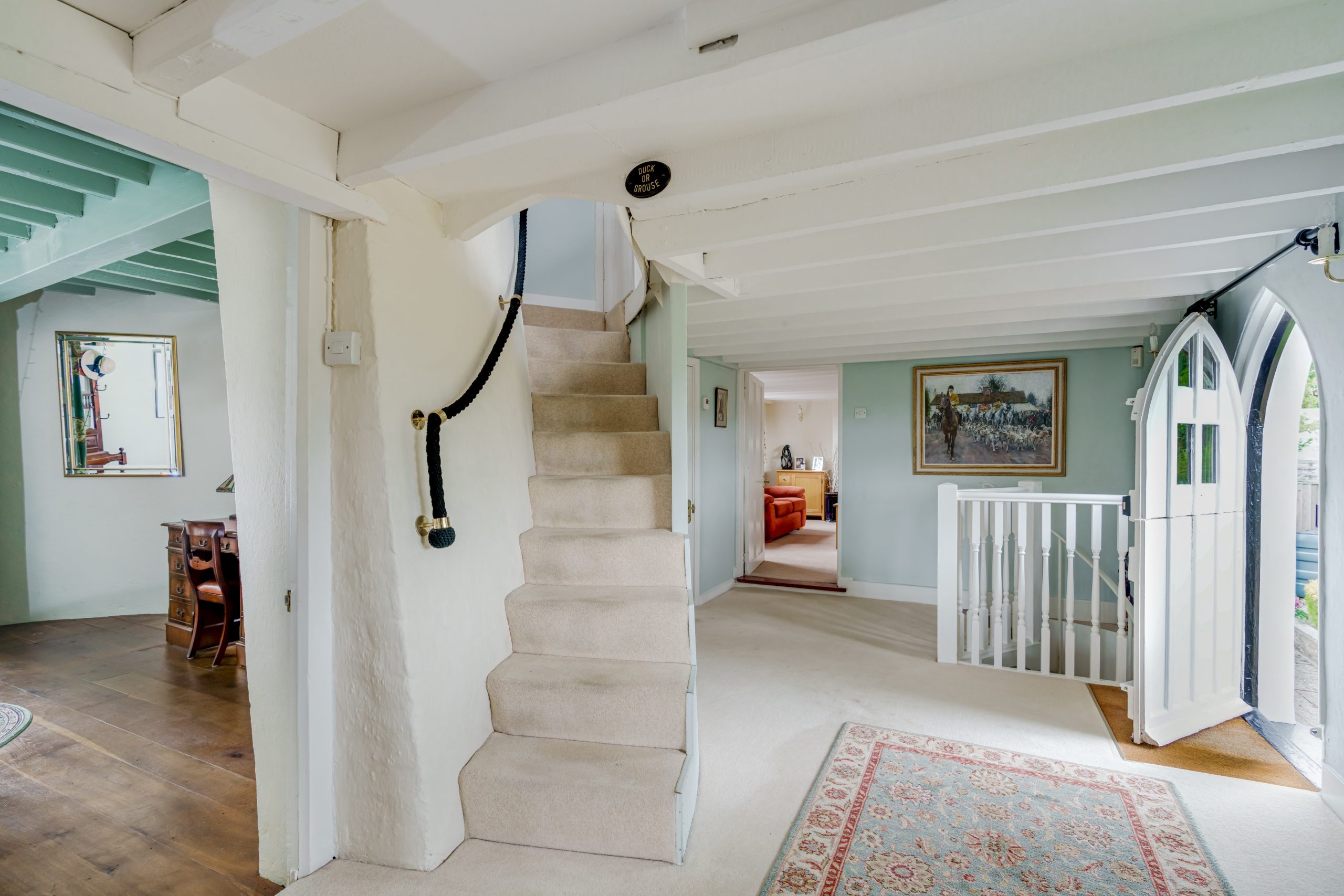 The windmill is currently on the market through Savills with a guide price of £1.65m – see more photos or inquire with agent for details.

Check out the best country homes for sale this week that have hit the market via Country Life.