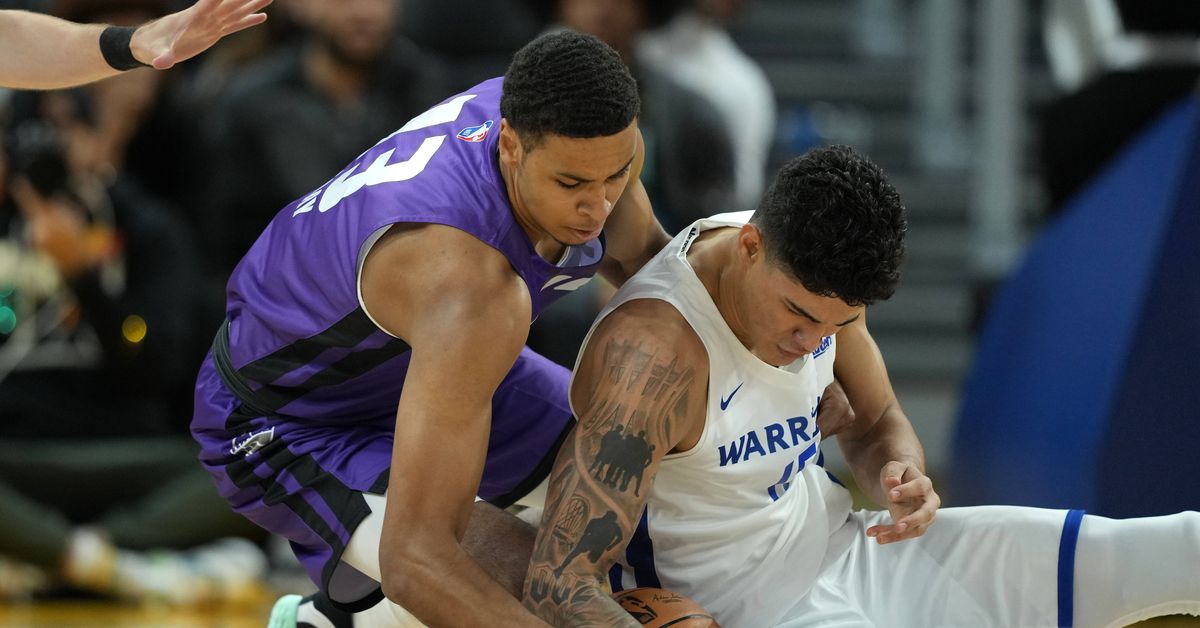 Top-five pick Keegan Murray made quite the first impression in his debut for the Sacramento Kings at the California Classic on Saturday in San Francisco.

Murray was by far the best player on the court, scoring 26 points on an effective 10 of 14 from the floor while grabbing 8 rebounds in his 28 minutes.

The Kings beat the Golden State Warriors, 86-68, but ultimately the biggest takeaway was how good Murray was compared to everyone else on the court.

You don’t want to read too much about Summer League basketball, but Murray was terrific, playing with such comfort and control. Murray sprayed in a mix of catching and shooting, out of the dribbling game and face up, showcasing his game beyond his years.

It will be interesting to see how the No. 4 pick Murray progresses, but Saturday was a terrific career start in Sacramento.

Another highlight of this game for the Kings was the defense of their two two-way players, Neemias Queta and Keon Ellis, who showed why Sacramento signed them.

Queta used his length to produce some volleyball blocks on the unsuspecting Warriors on Saturday night. Queta also showed solid offensive moves, finishing behind Murray with 12 points on 6 of 11 shots.

Ellis was constantly jumping on the passing lanes and was just an irritant to the Warriors players for most of the game. Offensively it was a different story as he finished with just 2 points and didn’t score a basket.

Overall, the victory over the Golden State Warriors was a strong start to the Summer League for the Sacramento Kings.

The team will return to San Francisco on Sunday as they prepare to take on the Miami Heat at 2:00 p.m. PDT.

People who have won celebrity dates share their stories