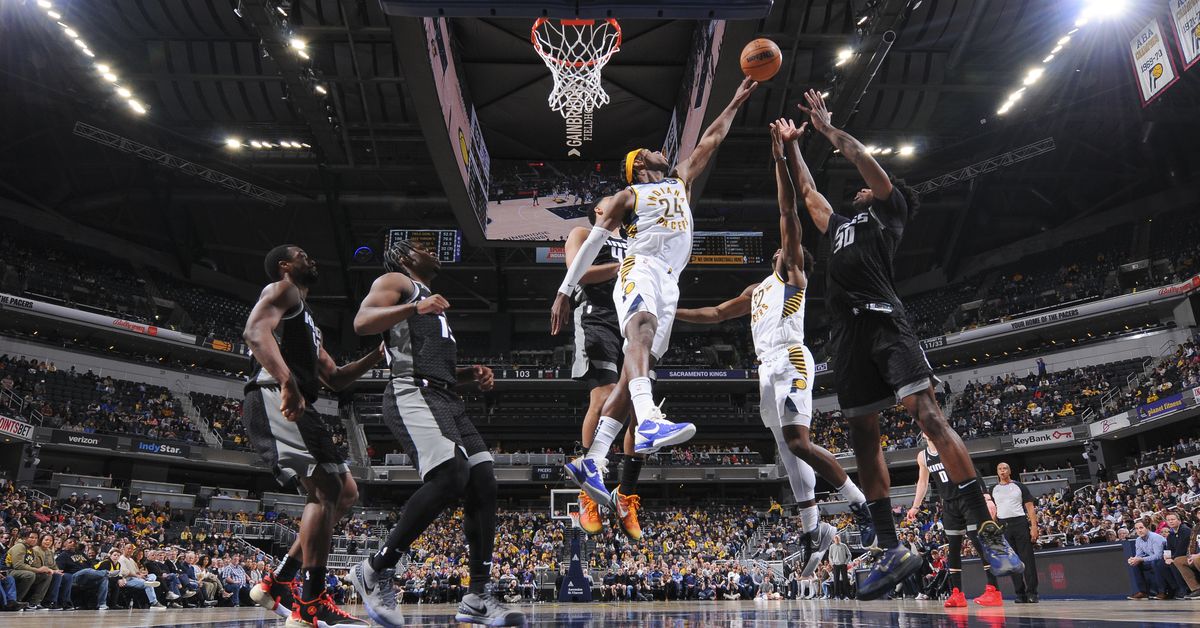 In what was poised to be a blockbuster game, the Sacramento Kings beat the Indiana Pacers in thrilling fashion from the Fieldhouse on Wednesday night. Damian Jones sealed victory with a winner as this contest went to the wire.

The contest featured the return of Tyrese Haliburton and Buddy Hield to television from the Kings, with Justin Holiday and Jeremy Lamb playing in their first game since the trade. Domantas Sabonis hasn’t made his return home, following a bone bruise that sidelined the big man until at least April 2. De’Aaron Fox also didn’t face his former running mate, as he didn’t play with a hand injury. It was an opportunity for both teams to flaunt their new basketball brands, embrace the identities the trade initiated, and more importantly, give us what we’ve been waiting to see.

Sacramento was consistent beyond the arc tonight, building on the momentum of its morning against Phoenix on Sunday. Led by Chimezie Metu and Davion Mitchell, the Kings shot 8/17 from 3-point range. Metu went 6-6 from the field before missing a shot, collecting 18 points that tied his career high in just 11 minutes of play.

There was no shortage of Haliburton or Hield on the Pacers side, both falling in their usual strengths: Hali dumping 15 dimes while Hield shot 5-7 from beyond the arc.

The Pacers took their biggest lead in the third, while the Kings were plagued with turnovers leading to an 89-78 deficit. There was a lack of defense at both ends, but Sacramento couldn’t keep up with Indiana’s second-half offense, and so another penultimate frame fell flat.

Mitchell had answers in the fourth quarter, pouring timely buckets that gave Sacramento an even chance for the win. Once again, the Kings found themselves stuck in critical time. Damian Jones took the game-winning game, sending the Kings to a 110-109 finish on a missed three-pointer from Trey Lyles.