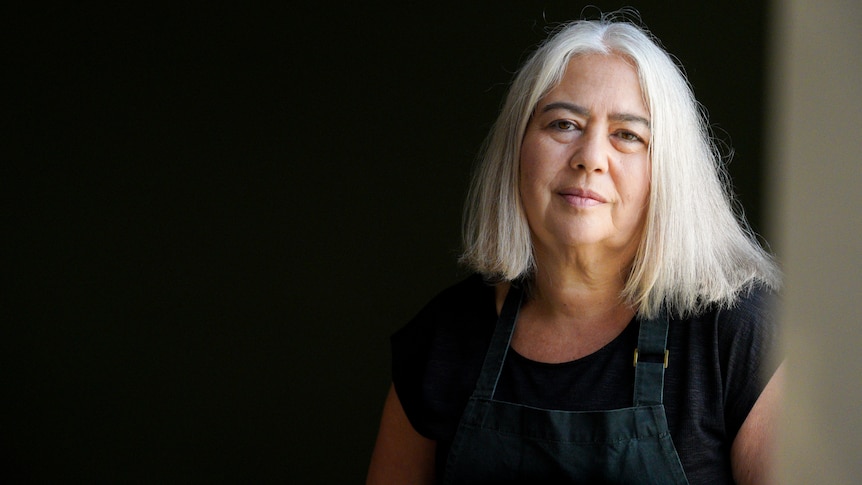 Emma Changed Home, Job, and Lifestyle at 52 — Because She’s No Longer Afraid of Making Mistakes

Before moving to the limestone coast of South Australia in 2006, Emma Wainwright had lived and worked in many places.

For 14 years, she taught home economics to high school students — until now.

She recently sold her acreage near Millicent, reduced to a small block near Penola, and sent a letter to Ottelia, a nearby restaurant in the Coonawarra wine district, asking for work.

Her decision to move out and become a waitress as a single woman in her 50s may seem daunting to some. But Emma believed the risk was worth taking.

“I have friends in their 40s who have really high cholesterol or autoimmune diseases and they’re young enough to have major health issues,” Emma says.

Determined to avoid a similar fate, she left the long hours and pressures of teaching for something completely different.

“You can have all the money in the world, but if you don’t have health, you have nothing.”

The move allowed her to step out of her comfort zone, work less, move more, and feel a renewed sense of worth.

“If you keep doing what you’re doing, you’ll get the same results.”

“For change to happen, you have to make drastic changes.”

A fresh start later in life

A month into her new life, Emma is feeling the benefits.

“[I’ve been able] do all the things I couldn’t do. I started playing golf and swimming,” says Emma.

“I like the physique of [working here]. I can watch on a Saturday afternoon and I’ve taken 19,000 steps.”

She admires her new colleagues, some of whom are former students, for their approach to work, hardworking but willing to give up a shift to go to a concert.

“I think it’s different for my age because we’re expected to have permanent full-time jobs…You put work first,” Emma says.

“They have it all figured out. They won’t work if they don’t want to.”

They like each other too – something Emma hasn’t experienced in a while.

“Sometimes in teaching or in other roles, if you’ve been there for a while, not feeling valued is something you go through every day,” Emma says.

“That’s what’s so different about being here; I just feel like I’m really valued, that they know my skills.”

“Although I’m not exactly where I want to be, I believe they think I’ll get there. Which is really good.”

Where she may have felt “a little scared” in her 40s, she’s less worried now.

“I feel like I can make a mistake. I was afraid of making a mistake,” Emma says.

Working at Ottelia has also given the home economics teacher a new appreciation for food.

“The veneer and everything is so beautiful,” Emma says.

“When you have a double 8th grade lesson and there are 26 of them…there’s never much time for the presentation.”

“Food has always been important to me.”

“But when you’re busy, you take anything. I’m single so… It’s usually a cheese sandwich or something.”

Working in the tasting room and restaurant—whose seasonal menu changes constantly—Emma is impressed by the number of customers who try many dishes.

“Personally, I will always choose the dish that I always love, because I feel like I’m going to be disappointed,” says Emma.

“Being willing to be open to different flavors, a different experience…I just think that’s what you should be able to do.”

“Hopefully by being here I’ll be a bit braver.”

Not being a drinker herself, she had to learn about Ottelia’s extensive wine list and what each bottle pairs well with.

“It’s a whole new world for me. It’s something I’ve never paid attention to,” Emma says.

“I mean, I don’t even have wine glasses at home.”

She embraced the learning curve – and leaned into it.

“I think they thought I was a little full because I have like a folder and a spreadsheet [I’ve made to help]“, said Emma.

Emma realizes that many people are hesitant to make a change for financial reasons.

“The process may take a little while to bring your finances to a point where you can [do something different].”

The key, says Emma, ​​is to honestly determine your priorities.

“Sometimes we say things are important, like health is important, but we never walk, we never go to the doctor,” Emma says.

“The hardest part is making the decision to take time off or try something different.”

Emma does not know if she will extend her teaching leave.

His immediate goal is to keep playing golf and get better at work.

“I need to be able to carry three plates without looking like I’m going to trip.”