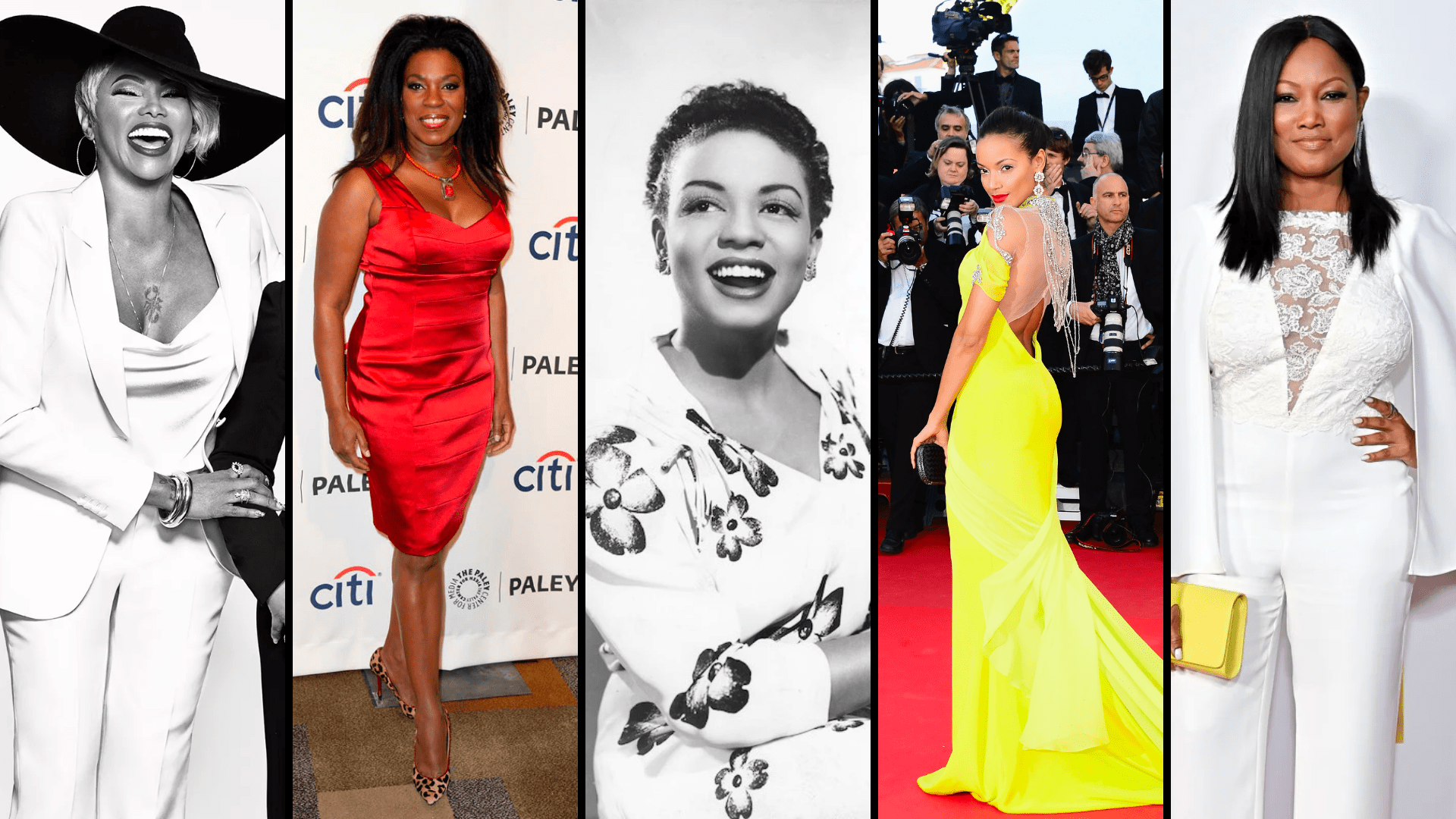 Five Female Celebrities You Didn’t Know Were From the Caribbean

Hollywood is filled with celebrities who have Caribbean heritage. You can quickly think of at least 10-15 male actors, singers, musicians or dancers who have roots in the Caribbean Basin. But did you know that many female celebrities born and raised in the Caribbean broke down prejudice and represented the West Indies for several years, and some still do so today? Here’s our list of five Caribbean female stars you probably didn’t know were from your home country:

Known more popularly as “Pepa” or “Pep” of American rap duo Salt-N-Pepa, Sandra Denton has her roots in Kingston, Jamaica. After living on a farm with her grandmother for several years, she moved to Queens, New York to be with her family as a child.

After graduating from high school, Denton went to Queensborough Community College to study nursing, where she met fellow nursing student Cheryl James – Salt. The two quickly transitioned into R&B and hip-hop in the 80s and 90s, releasing hits such as The Showstopper, Push It (Remix) and Shoop. Despite disbanding in 2002, Salt-N-Pepa continues to make special appearances and features for award shows and other performances, including, most recently, New Kids on the Block’s new track, Bring back the time.

Denton has also had roles in several TV shows, movies, and documentaries. You can also hear it in the intro of Jazmine Sulivan’s hit single need you bad, where Denton speaks in Jamaican Patois. Today, Pep continues to represent for the rap game and 876.

Famous for her role on The Jamie Foxx Show and now resident co-host of the daytime talk show The truth, Garcelle Beauvais joins our list of female celebrities from Saint-Marc, Haiti.

Born and raised in Haiti, Beauvais moved to America with her mother and six older siblings when she was seven years old. Having only spoken French and Creole, she admits having learned English by watching episodes of Sesame Street.

The actress, TV personality, author and former model still wows fans every day with stunning looks and helpful tips she shares on her talk show, social media and other philanthropic initiatives. She’s also gearing up to release her new book, “Love Me As I Am,” which is now available for pre-order.

American jazz and classical pianist, singer and actress Hazel Scott left her home in Port of Spain, Trinidad and Tobago at the age of four. Her mother, Alma Long Scott, was a classically trained pianist and music teacher who mentored her in music. At the age of eight, she enrolled at the Julliard School of Music in New York City and later joined her mother’s “Alma Long Scott’s All-Girl Jazz Band”, where she played piano and guitar. trumpet.

Scott continued his musical career, traveling throughout the United States and Europe. In 1950, she became the first black American to host her own television show, The Hazel Scott Show. Yet one of his most iconic performances of all time has to be his two-piano set in the 1943 film The heat is here where she played herself.

Scott has also used his voice and influence to speak out against racial discrimination and the lack of representation of black Americans in movies.

Featured in high fashion magazines such as Vogue, Glamour, and Sports Illustrated Swimsuit Issue, Selita Ebanks is a model, actress, and humanitarian born and raised in the Cayman Islands. Ebanks’ father, a Jamaican, her Caymanian mother raised her in George Town, Grand Cayman, with seven brothers. She moved to the United States for high school and began her modeling career at age 17.

Ebanks got her break when she took part in the Tuleh Fall Fashion Show in 2001. She strutted down the catwalk wearing Betsey Johnson, Catherine Malandrino, Pamella Roland, and Tommy Hilfiger. In 2005, she signed a contract with Victoria’s Secret, where she was one of a handful of black women selected to wear signature pieces in the shows.

In addition to modeling, Ebanks has acted in several films and television shows. Currently, she runs her own “Stardom Youth Foundation” talent school in her hometown in the Cayman Islands, providing career guidance to teenagers.

Born in Trinidad and Tobago, Orange is the new black star Lorraine Toussaint takes her place on our list. Now with a chest full of accolades under his belt, Toussaint began his journey in the performing arts shortly after leaving Twin Isle to live in New York with his mother at the age of 10. She enrolled in the High School of Performing Arts in Manhattan in 1978, then continued her studies in the drama division of the Juilliard School, where she earned a Bachelor of Fine Arts.

The young actress landed her first job as a Shakespearean actress in Macbeth and continued to perform on stage for several years before moving to Los Angeles to pursue television and film. Her award-winning performances in films and shows such as Lifetime’s Everyday now, Selma, Orange is the new black, and Quick Color show the depth and breadth of Toussaint’s talent.

Today, Toussaint lands roles alongside big names such as Queen Latifah, Idris Elba and Uzo Aduba. She also champions excellence and representation of black people in the entertainment industry.