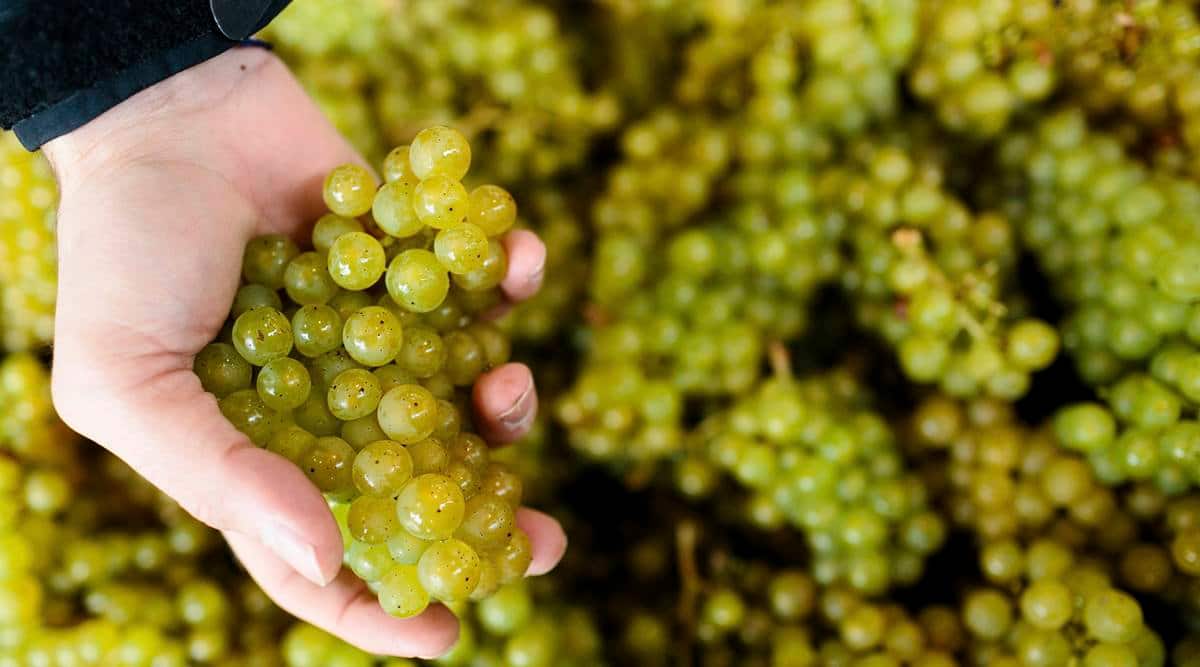 For the holidays, the English fizz is on the rise

English sparkling wine has gained prestige in recent years, with some experts comparing it to champagne in terms of taste and quality.

“Maybe 10 years ago there were only a couple of wines that could have been known outside the UK or certainly recognized by wine critics as well,” said Jonathan White, spokesperson from British wine producer Gusbourne. Today, â€œthere is a collective of maybe 10 to 20 producers who make really excellent wines.

Gusbourne planted his first vines in Appledore, Kent, in 2004. They released their first Brut and Blanc de Blanc sparkling wines in 2010, and say demand has grown steadily since.

Known as the ‘Garden of England’, Kent has long been the birthplace of fruit growing in the UK, so it is only natural that the region has become one of the most prosperous wine regions in the country. (Gusbourne via AP)

â€œThere has been a resurgence of interest from overseas in recent years, as the media and wine critics have started to talk more lovingly and positively about the wines of England,â€ said White.

Known as the ‘Garden of England’, Kent has long been the birthplace of fruit growing in the UK, so it is only natural that the region has become one of the most prosperous wine regions in the country.

The pandemic gave local producers a boost in 2020, as travelers who couldn’t visit wineries overseas “began to realize that they could in fact visit a winery at home.” says Anne McHale, a certified master of wine in London.

â€œIt was blind judged by a whole slew of champagnes and other sparkling wines by the best judges in the industry, so people started to realize that in this country we can actually make wine. of good quality, â€she says.

Part of the appeal of English sparkling wine, she says, is its close resemblance to champagne. It uses the same three grape varieties – Pinot Noir, Chardonnay and Meunier – and the same production method, the â€œtraditional methodâ€.

â€œThis means that the wine undergoes a second fermentation in the bottle. The bubbles are trapped, and then the wine has the opportunity to spend some time aging on the yeast, which gives it that lovely brioche and cookie character, â€says McHale.

She adds that the soils where English vines are planted around the South Downs in the South East of England contain a lot of chalk which is almost identical to the Champagne region of France.

Despite all their similarities, there are also factors that give English sparkling wine a unique flavor.

â€œWe are a little further north than Champagne. It’s cooler. And as a result, you get a higher level of acidity in the grapes, which then translates into a sort of mouthwatering crunch and freshness in the wine, â€says McHale.

White agrees. â€œChampagnes tend to have that kind of nice toasty richness that perhaps comes from a slightly warmer climate, and wines that are perhaps a little more generous in this type of fruit offering. English wines have a much harder sort of citrus backbone. “

â€œWe have this ability to have a slow maturing season, in part because of the slightly lower temperatures in this country and the lower levels of sunshine. But it really allows the flavor profiles within the fruit to build up, â€he says.

Pollard adds that Kent is perfectly located off the coast, providing a flowing breeze to keep the crop clean and fresh. â€œThe enemy of fruit is really humidity, humidity and hot temperatures, which breed fungal diseases,â€ he says.

At the same time, England’s temperamental climate can prove to be a challenge.

Pollard says it took years of trial and error to create the perfect growing conditions.

â€œYou start to know where the problems are going to be,â€ he says. â€œSo we know where we might start to see a little disease seep in and we know where we’re going to have frost issues and things like that. So with each passing year we are learning more and more about the science and what we can expect from it. “

Some Champagne houses are now investing in English vineyards.

“We’ve always kind of felt like the French think they make the best wine in the world and the English can’t make wine, so it’s quite satisfying to see the French come in and plant some wine. vine, â€said McHale. said.

The temperate British climate attracted the French champagne house Tattinger, who bought farmland in Kent in collaboration with British winemaker Hatch Mansfield to create Domaine Evremond. Having planted their first vines in 2017, their wines will be marketed in the 2020s.

Most spotted at parties – WWD