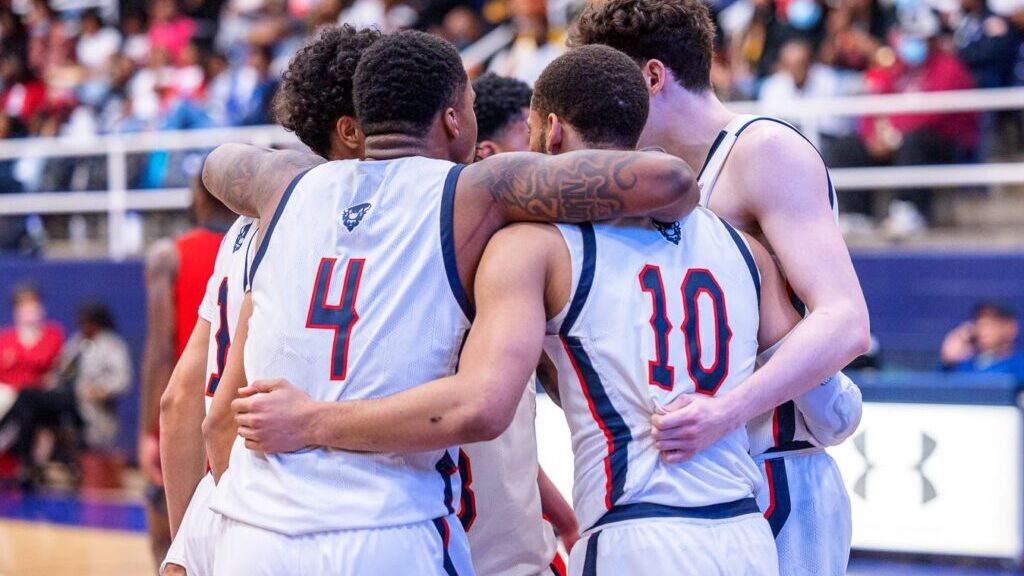 Howard’s men’s basketball team played its first exhibition game hosting Bowie State University. The game turned out to be a great introduction to the team.

The team was able to emerge victorious with a final score of 114-75. Although the team uses exhibition games as a tune-up for the regular season, the camaraderie built during the offseason was on full display. Nyala Wright of Howard, a sports medicine graduate, spoke about the team’s growth since its freshman year.

“It’s definitely a different aspect, like the way they play together, how they work as a team… I think the first year they were more trying to work on their own and just trying, you know, to be the star player, but now it’s all about team and collaboration,” Wright said.

Ose Okojie, a freshman from Canada, was particularly impressive to watch for the first time. As it was his first game in an official Howard uniform, Okoejie was finally able to see his dream of playing Division 1 basketball come true.

“The energy was very high. For me, when I was thinking about playing my first Division 1 game, I was very anxious but in a good way and just very eager to get out there and play my game. Especially with the amount of work the whole team, we had tons of energy, it was our first game in front of the Howard community,” Okojie said.

The bench unit was able to bring a spark to the team and help them lead the way. The length and athleticism of the team stood out, with the shortest player in the first substitutions standing at 6’4. Coach Kenneth Blakeney had a vision to put guys on the floor who are 6 feet and taller but still can adapt to many positions on the court and be successful.

“My vision for our program was to have players who are between 6.4 and 7 feet tall, who are all interchangeable, who can play in the five different places that we play from an offense, who could go from one to five and not be in danger of feeling there’s a lag that we have on the defensive end,” Blakeney said.

As this is only an exhibition game, the team still has things to improve before the official start of the season. “I thought we hadn’t done a great job in our full-court transition defense and then with 114 points you should have over 20 assists which meant it was one on one and that no one was helping each other to get more effective, easier shots,” Blakeney said.

With the work they’ve done in the offseason, the team knows that if they focus on fixing the little things, the team will be fine.

“There were obviously times when we had mental lapses, but with the way our coaching staff prepared us and also with a lot of experienced guys in the team, I think we were all able to pull together as a unit and stay true to ourselves throughout the entire game,” Okojie said.

The team is set to play another exhibition game against Multnomah on November 1st before facing Kentucky in its first official game on November 7e.