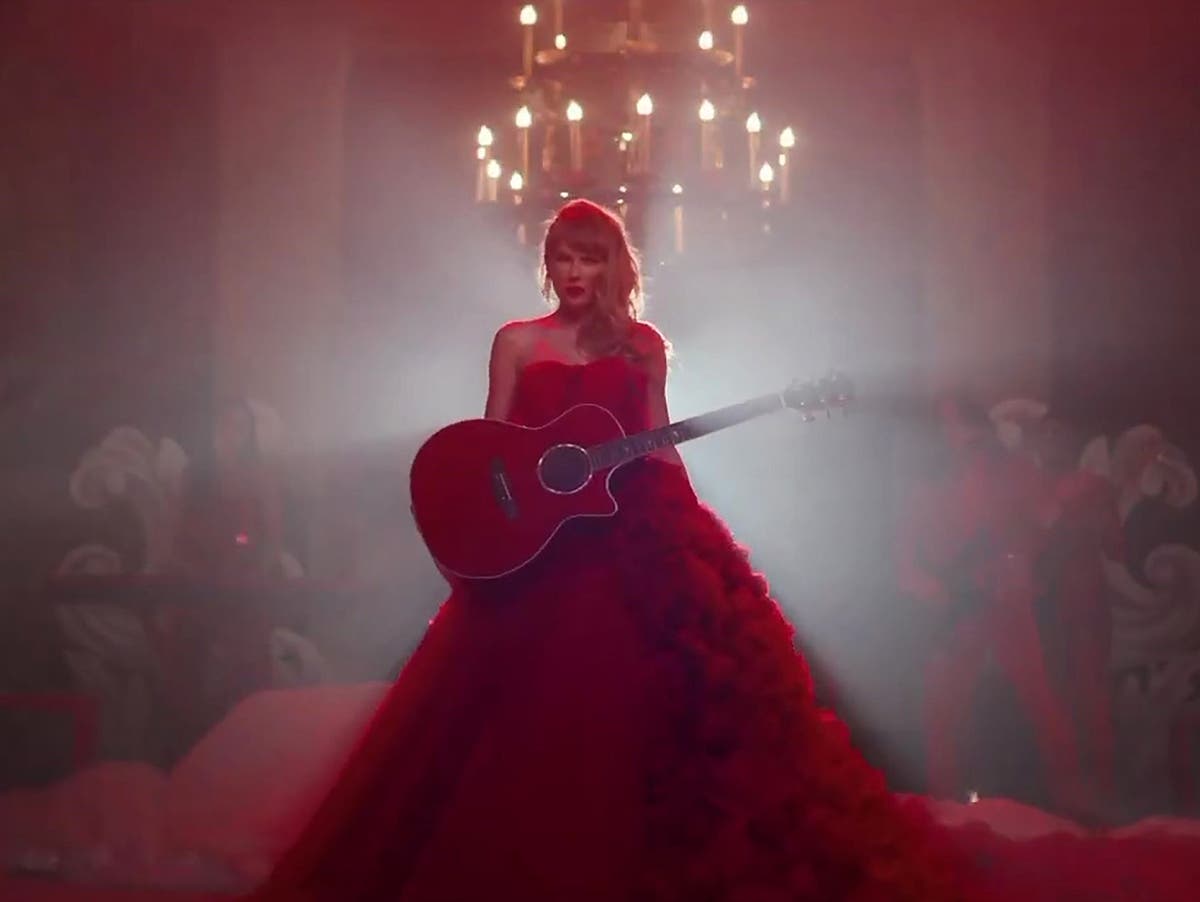 I bet you think of me: all the best fashion moments in Taylor Swift’s new video

Now is a good time to be a Taylor Swift fan.

Last week, the singer released a short film alongside a 10-minute version of her breakup anthem, “All Too Well”, a re-recording of the album “Red” and most recently, a music video for “I Bet You think of me “. The latter being one of eight new singles from “The Vault” – a collection of unreleased songs by the singer.

The six-minute video, directed by actor Blake Lively (who happens to be a friend of Swift’s), stars Miles Teller as a groom who keeps thinking about an ex-girlfriend on the day. of his marriage.

Swift plays the girlfriend of her past, taking on a number of different roles throughout the video, ranging from serving canapes to guests, giving a speech to the couple, and joining the children’s table as a flower girl.

Here are all of the best style moments throughout the video.

She also poses as a waiter in a red pillbox hat, with a matching military-style cropped jacket, straight red pants, and ruby â€‹â€‹heart-shaped Nakard earrings.

Later in the cake break scene, the singer wears a sculpted Tadashi Shoji dress with ruffled shoulders in the shape of large roses.

Eagle-eyed fans also noted that the ring on Swift’s finger, as she plunges her hand into the couple’s wedding cake, was the same one worn by Lively just a few days ago.

On November 9, Lively attended an event at the Empire State Building in New York City to celebrate the reopening of the US border to British travelers after more than a year of restrictions due to the coronavirus pandemic.

In a photo of her evening outfit shared on her Instagram account, Lively wears a heart-shaped ruby â€‹â€‹ring trimmed with diamonds. The ring, created by RetrouvaÃ­, appears briefly in the clip as Swift tastes the frosting on the wedding cake.

The clip also sees Swift playing the role of the bride in a lavish Nicole + Felicia Couture wedding dress. The tulle dress featured a bustier and full skirt, adorned with a white floral train. She paired the dress with red Converse high tops.

A wedding dress, in red

Her final look is a similar creation by Nicole + Felicia, this time in a bright scarlet red. The designer said each dress was created using over two thousand handmade floral appliques, with flower buds created from organza and tulle petals.

She accessorized the look with dangling Nickho Rey earrings and another RetrouvaÃ­ ring.

Seeing Swift in a wedding dress drew a strong reaction from fans on social media, who begged her longtime partner Joe Alwyn to propose.

â€œJoe Alwyn, sir, try to figure out the mission please,â€ one person wrote alongside a photo from the video where Swift is posing as the bride.

“Joe Alwyn, if you don’t marry him I will,” wrote another.

Brain injury: everything you need to know from symptoms to prevention

USF professor’s work has an impact abroad – the Oracle

Locally and ethically made fashion shouldn’t be expensive. Here’s where…

Fashion hasn’t been this fashionable since Sex and the City