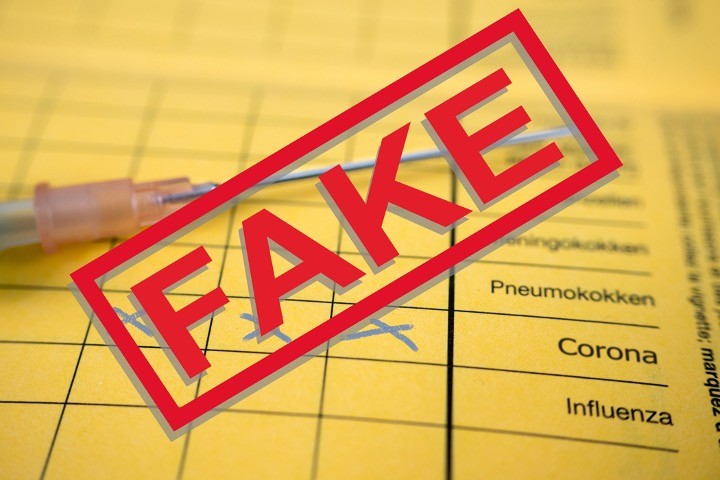 A vast network of international celebrities were involved in a fraudulent purchase of Covid vaccination cards and had their names entered into a vaccination register despite being unvaccinated, Spanish law enforcement discovered. Remarkably, one of those accused of fraud was José María Fernández Sousa-Faro, the president of European pharmaceutical giant PharmaMar.

As reported by Weekly Euro News on May 27, following the Europe-wide investigation dubbed “Operation Jenner” by Spanish police, at least 2,200 famous people were willing to pay handsomely to forego the Covid vaccination while having all the advantages of belonging to the privileged class of vaccinated citizens.

“Those investigated include singers, musicians, football stars, businessmen, politicians and high-level medical personnel,” according to the report.

According to the report, profits from the program reached €500,000 ($53,212.00) in cash and €1.5 million ($1.6 million) in bitcoin investments. The fees apparently depended on the client’s social status: “The more important you were, the higher the price,” said Euroweekly.

The head of the network was an auxiliary nurse at La Paz University Hospital in Madrid who was arrested and, since May 27, is still in detention.

The presence of Sousa-Faro’s name on the list of suspects certainly amplified the story in the European media.

Renaissance Europe, among others, specifies,

The 76-year-old PharmaMar president, who holds a degree in chemistry and a doctorate in biochemistry from Complutense University, was included in the fake vaccination conspiracy for misleadingly claiming he had received the third dose of the coronavirus vaccine….

[The] the executive paid the criminal organization the VIP rate (between €1,000 and €2,000 [$1,073.43 and $2,146.86] to appear in the official vaccination database with the third dose, even though he had not given it. In this way, he also fraudulently obtained, allegedly, the Covid passport, in order to travel. PharmaMar did not wish to make any statements on this subject.

Apparently, Sousa-Faro arranged with the nurse to get a saline injection instead of a real Covid vaccine. The reports omit whether the executive had been vaccinated with the initial round of any Covid vaccine available in Europe and elsewhere, and whether or not he faked it.

“Imagine that the president of PharmaMar with his degree in chemistry and his doctorate in biochemistry decided that it was better to pay for a certificate than to inject the ‘safe and effective vaccine’.”