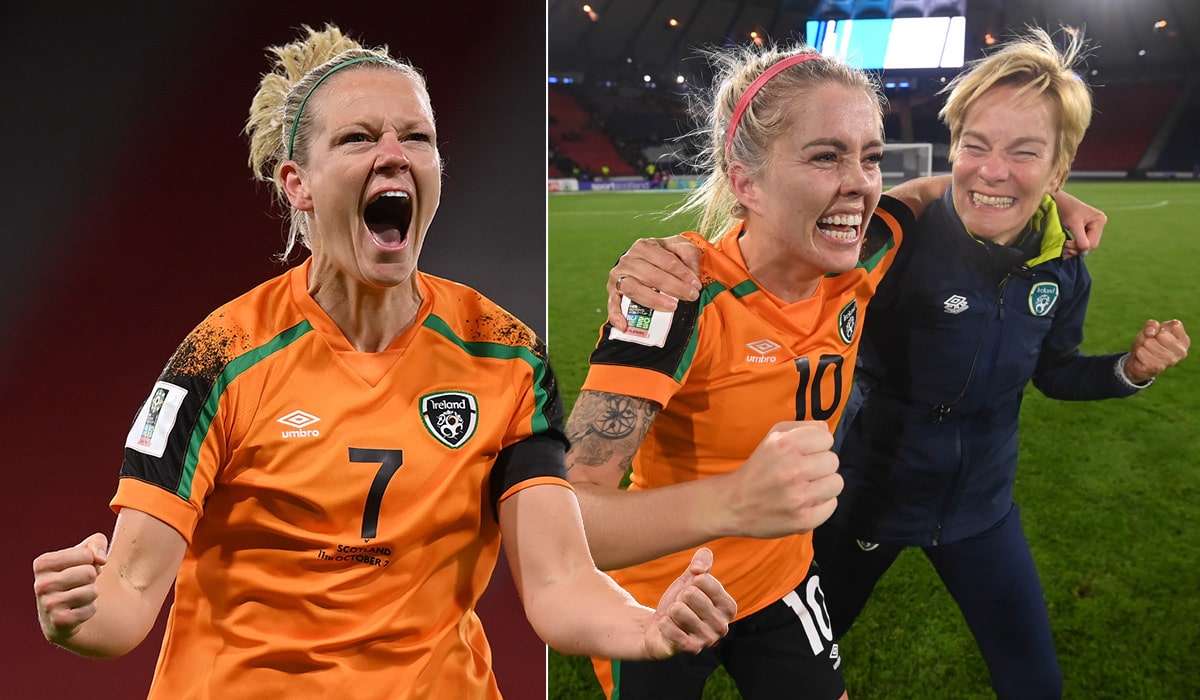 Irish stars from across the country rowed behind the Girls in Green after Ireland qualified for their first ever Women’s World Cup.

A single strike from Amber Barrett was all Vera Pauw’s side needed to beat Scotland and book a place in next summer’s final.

The best videos of the day

THE STORY CONTINUES BELOW

Ireland have never reached a major tournament but can now look forward to a trip to Australia and New Zealand next June.

Momentum has been building around Girls in Green over the past few years, and their achievement has been met with an outpouring of support.

Some of the biggest names in Irish sport as well as some of the country’s most recognizable faces have rowed behind the team.

The World Cup draw will take place on October 22 and Ireland will be in the hat alongside the elite nations of world football.