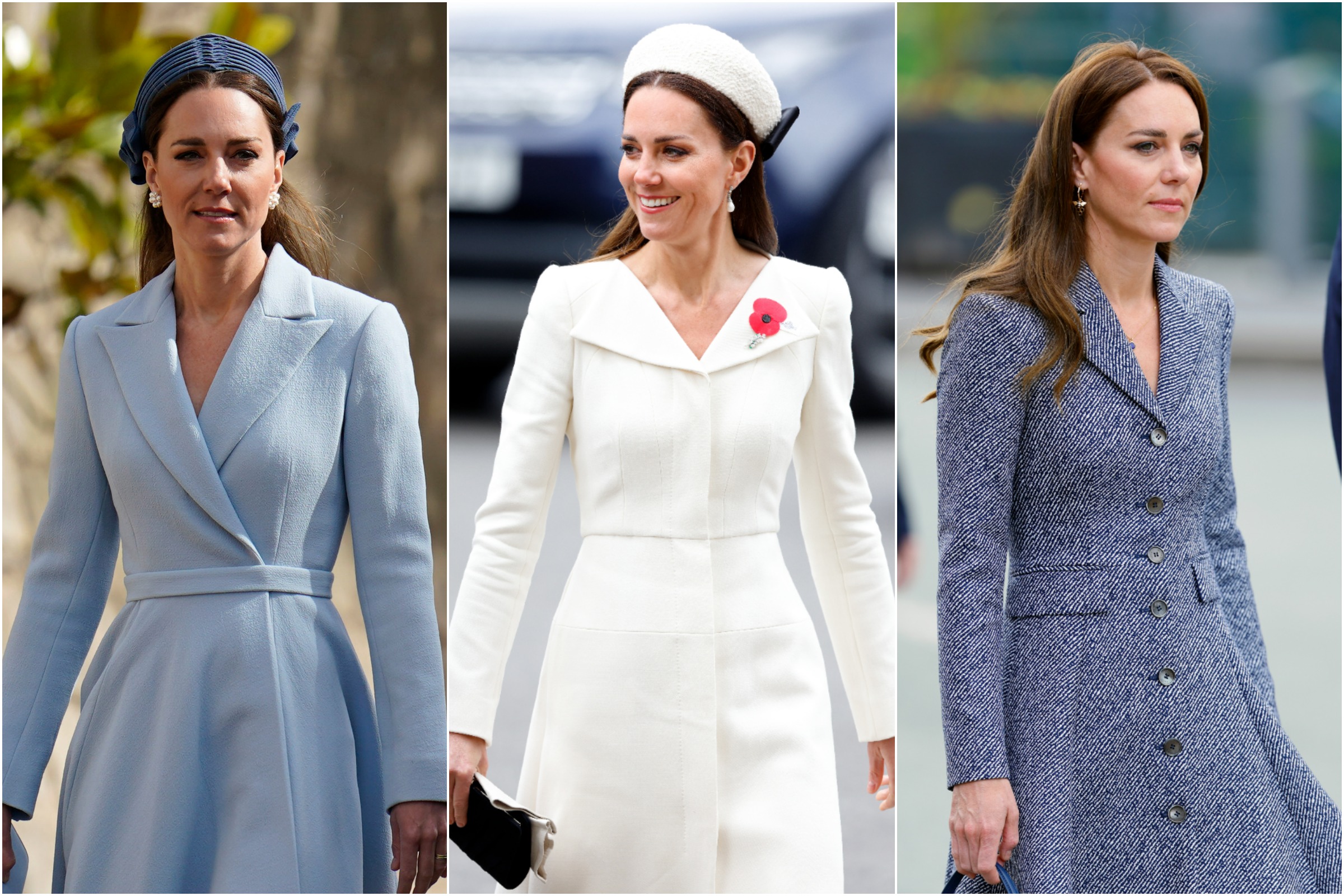 Kate Middleton has worn three outfits in the past two months that haven’t been seen since 2017, a year filled with royal ups and downs.

Kate, who married Prince William in 2011 and became the Duchess of Cambridge, has become well known for her sense of regal style and has wardrobes full of stunning pieces that are neatly put away after each use.

The Duchess, like her husband William, is known for her eco-conscious nature, with fashion being one of the main ways she can exemplify this publicly.

While in the 1980s and 1990s Princess Diana tended to her overflowing wardrobes, filled with pieces she would only wear once or twice, by donating dresses and clothes, Kate developed its own method of simply wearing and re-wearing pieces sometimes decades old. a part.

This practice is not unknown in royal circles. Princess Anne, the Queen’s only daughter, is known for using pieces in her wardrobes more than thirty years after she first wore them, out of economy and an aversion to waste.

Kate however, seems more deliberate in her motivation.

In 2022, the wardrobe requirements placed on Kate have been increased, not only because of the week-long Caribbean tour the royal embarked on in March, but also because the Queen’s platinum jubilee led to an increase in public appearances and functions.

In perhaps what is a public display of environmental concern and economy, Kate has, for important royal occasions over the past two months, worn pieces from her wardrobe again with the odd connection that the last time they were all worn publicly was the year 2017.

For the Royal Easter Sunday Service at Windsor Castle in April, Kate wore a pale blue coat dress by designer Emilia Wickstead. It was last worn during the Duchess’ visit to Luxembourg in 2017.

For the Anzac Day service at Westminster Abbey in May, Kate wore a white Alexander McQueen coat dress which was last worn during a visit to Belgium to commemorate the centenary of the Battle of Passchendaele in 2017.

Most recently, the Duchess wore a blue Michael Kors coat dress while visiting Manchester to officially open a memorial garden for the victims of the 2017 Ariana Grande concert bombing.

The last time the coat dress was worn was to unveil the Iraq and Afghanistan War Memorial in London in 2017.

2017 was a particularly busy year for Kate and significant in terms of wider royal history.

For Kate, visits to Paris, Luxembourg, Belgium, Germany and Poland with William have all been undertaken, as well as a number of joint engagements with Prince Harry as part of the mental health initiative of the Heads Together trio.

Alongside this program, wider royal milestones such as Prince Philip’s retirement from royal duties, the Queen’s platinum wedding anniversary and a state visit to London by the King and Queen of Spain have occurred.

The tragedy of the Grenfell Tower fire and the Manchester Arena bombing marked times of national shock and mourning in 2017, with Kate and other members of the Royal Family meeting those affected and thanking the first responders.

Perhaps the most poignant event of the year for William and Harry, as well as Kate, was the twentieth anniversary of the death of Princess Diana in a tragic car accident in Paris in 1997. The event was been marked by a series of television interviews carried out by the princes.

The anniversary was lightened somewhat by the announcement that Kate was also expecting her third child. The first engagement since the announcement was the opening of the Diana Memorial Garden at Kensington Palace where a statue was later unveiled in 2021.

The garden would play a central role in one of the main royal events of 2017: the announcement of the engagement of Prince Harry and Meghan Markle.

Kate is known to have a keen awareness of the importance placed on the clothing worn by members of the Royal Family and has, over the past eleven years, demonstrated through special tributes and sartorial messages to honor the events she attends.

Whether the Duchess’s 2017 fashion revival was a conscious choice or not, the events of this royal year resonate today and for Kate, weeks away from the Platinum Jubilee celebrations, her wardrobe is analyzed from closer than ever.