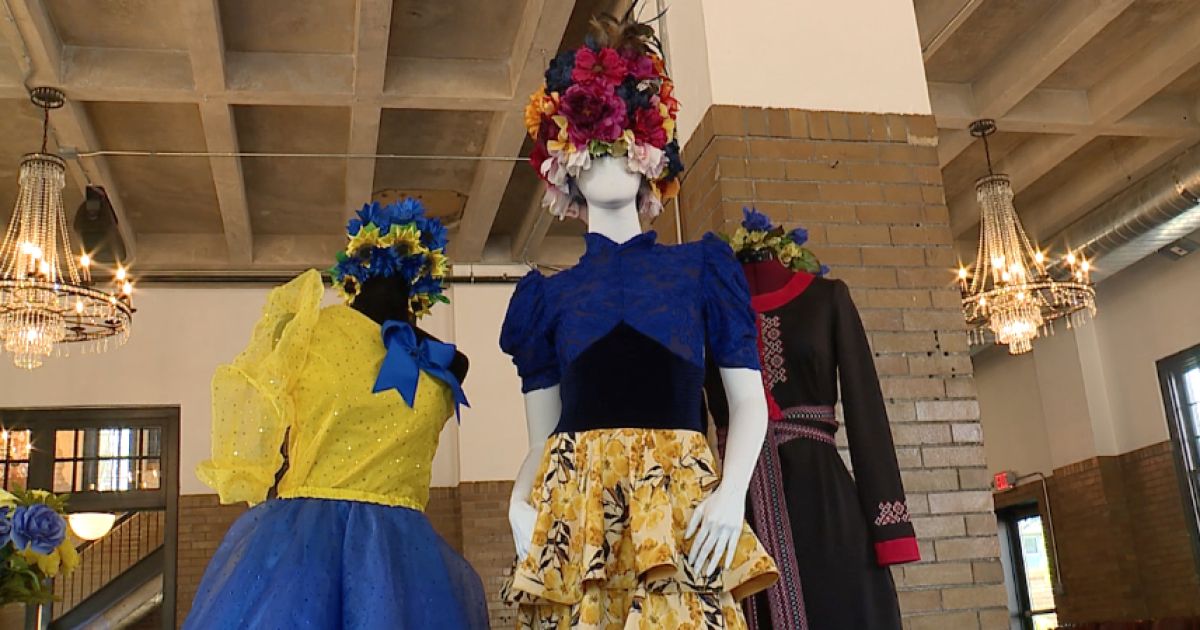 KANSAS CITY, Mo. – A group of Kansas City artists are holding a benefit fashion show April 30 at Fire House KC. All proceeds from ticket sales and the silent auction will be donated to Heart to Heart International for medical relief efforts in Ukraine.

“When fundraising, especially for a fundraiser, people want to know exactly where those dollars are going and that they are going to a reputable organization. Heart to Heart International has boots on the ground in Moldova and Ukraine at the moment,” said event organizer and local fashion designer Christian Shuster.

Shuster says 20 local designers decided to participate and each created an outfit inspired by the Ukrainian flag for the show.

Jennifer Tierney, one of the participating local designers, says she wanted to get involved in any way she could. She says she felt a personal connection with Ukrainians after sharing the stage with many of them while she was a professional dancer.

“My company members are like my family members, so watching them suffer was immediately difficult for me,” Tierney said.

Tierney says this experience was about learning. Many of the pieces she makes for specific causes require hours of research. During her journey in creating a dress for this week’s show, she felt compelled to give a part of herself as well.

“The back is a knit that I brought back from Paris – so I have French heritage. And it’s my little part that I give of myself to this cause,” Tierney said.

Ukrainian-born classical cellist Elena Bosworth hopes this will be another way for her to give back to her homeland. She will perform traditional Ukrainian music as background music for the parade.

“Instead of singing, I will express myself through an instrument. It’s my voice,” Bosworth said. “If I was in Ukraine, I would just be in an air-raid shelter. Here, I can be the voice of my country. Maybe a small voice, but still a voice.

The fashion show is a ticketed event with 200 general admission tickets available at $25 each. The event will also feature a silent auction with items and services donated by local business owners.

Shuster says he’s grateful, but not surprised, at the influx of support he’s seen for his idea. In one weekend, he was able to recruit designers, create a website and donate a venue. Their goal is to raise $10,000.

“This town regularly amazes me with the generosity, eagerness and willingness to join a cause,” Shuster said.

He says he hopes others see the war in Ukraine as a personal war.

“As Americans, we really take for granted a lot of the freedoms that we enjoy every day,” Shuster said. “Ukraine seems far away, but I would almost guarantee you that each of us has someone in our inner circle who is connected to Ukraine in some way.”

Ticket purchase and additional event information can be found in line.

Royalty Pharma (RPRX) is set to report results on Thursday