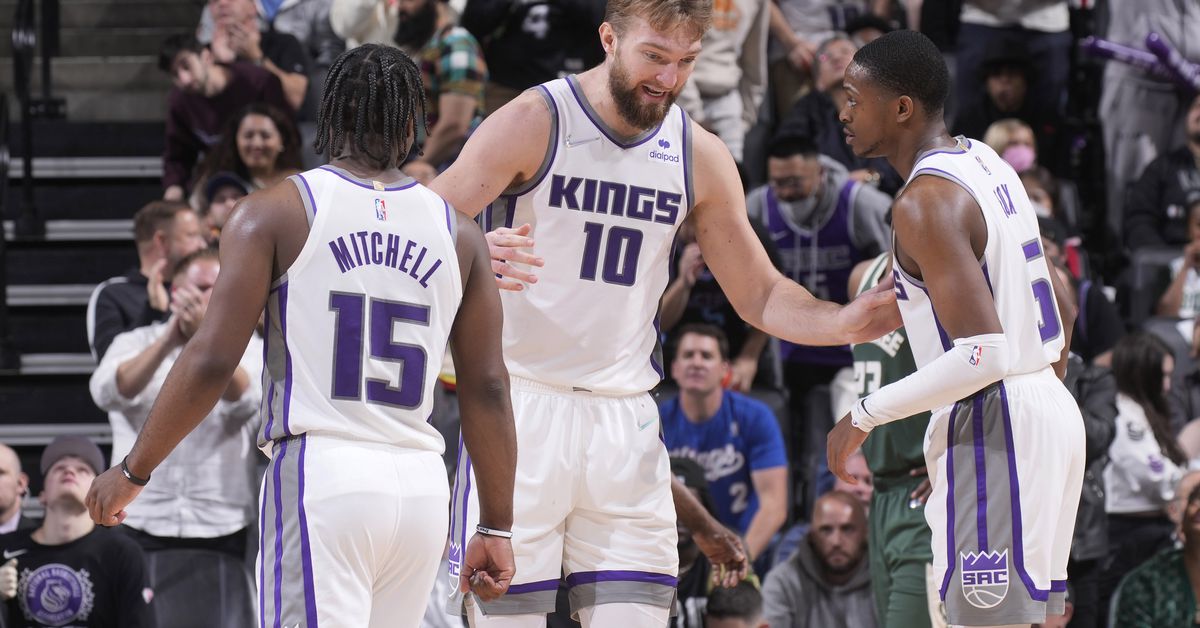 Based on the moves the Sacramento Kings have made so far this offseason, their fans seem pretty optimistic about the upcoming season. They hired a new coaching staff and added a lot of new talent to the roster. All great things. But how does the rest of the basketball world see this season playing out in Sacramento?

First, let’s take a look at their offseason rating compared to the rest of their Western Conference peers.

According to ESPN’s Kevin Pelton, the Sacramento Kings earned a solid “B” grade. Not great, but not bad either. They received a higher rating than seven other teams in the West and the same rating as the New Orleans Pelicans and Oklahoma City Thunder.

One take Pelton made that was very interesting was that he believed Donte Divincenzo is better than Kevin Huerter and Malik Monk and letting him walk would be a mistake.

Divincenzo played well for the Kings and was a fan favorite last season. However, he is older than Huerter and Monk and lacks Huerter’s advantage or the invaluable bond Monk has with Fox. It’s also highly unlikely that Sacramento could have signed him to the same contract he got at Golden State.

If Pelton were to go back on that note during the season, a positive change would certainly be made.

With the offseason in mind and how their competition has also changed, what will the Kings’ record look like by the end of the year?

Pelton predicted the Kings will finish the season as the 11th seed with a 34-48 record. Not the prediction fans hoped for or agreed with. However, he said it’s a rational thought for people to believe the Kings will end their playoff drought that is “coming of driving age.”

That leaves the Kings as the only projected team outside the top 10 actively hoping to finish in that group. With Sacramento’s playoff drought (16+ seasons) reaching driving age, even a play-in appearance would be cause for celebration in the California capital.

There’s reason to believe this could be the Kings’ year. They will get a full season with Domantas Sabonis after acquiring the two-time All-Star before the trade deadline and adding some backcourt shooting with newcomers Kevin Huerter and Malik Monk to complement Sabonis and De’Aaron Fox. More importantly, No. 4 overall pick Keegan Murray impressed this summer, earning MVP honors for the NBA Summer League in Las Vegas.

If Sacramento jumps into the play-in and the other four teams in that group enter the lottery in first place, it’s possible everyone will be happy with this season.

One of the reasons many people find it hard to believe the Kings will end the drought is the level of competition in their division. The Pacific Division is home to the Golden State Warriors, Los Angeles Clippers, Phoenix Suns, and Los Angeles Lakers.

This division is downright the strongest in the entire NBA and each team will cause problems for each other. The Kings play each team four times for a total of 16 games, 20% of the entire season.

Each of these four teams is not only a title contender, but has at least one player capable of going home with the MVP award this season. The craziest thing is that the weakest team of the four still has a duo consisting of LeBron James and Anthony Davis. The odds just aren’t in Sacramento’s favor. However, it’s far too early to give up hope for the Kings.

Sport is unpredictable. No matter what the evidence looks like, things can literally change in seconds. A game can make all the difference. Hopefully the Kings have built the team capable of making this play.