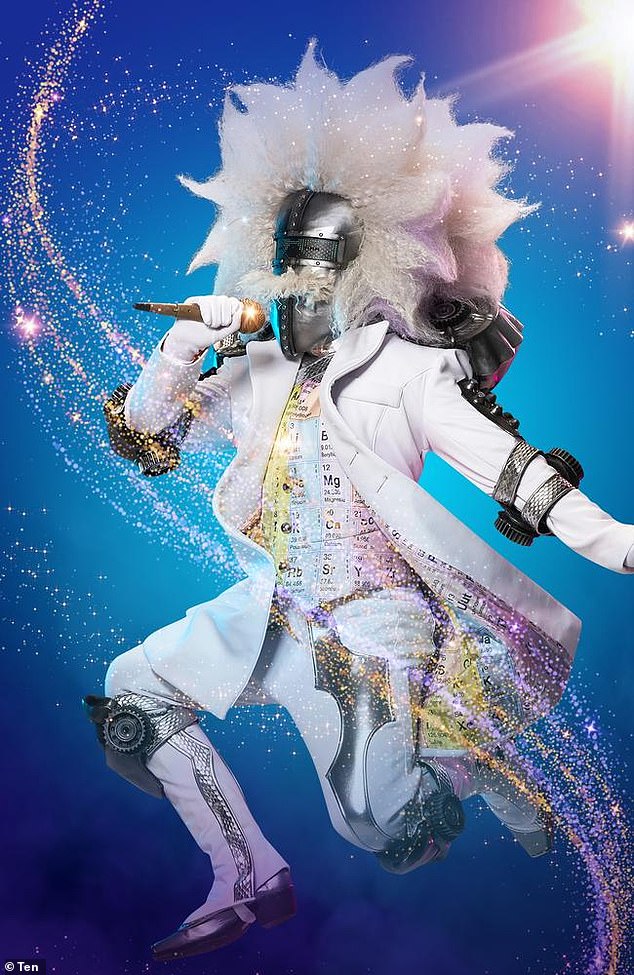 The Masked Singer Australia is set to return to screens on Channel 10 on Sunday with a new lineup of celebrities hiding behind wacky costumes.

And now, the show’s voice coach, Gary Pinto, has lifted the lid on the show’s worst warblers.

Speaking to The Daily Telegraph, Pinto revealed actor and former British footballer Vinnie Jones was the worst singer to appear on the show.

Ouch! The Masked Singer voice coach has revealed which celebrity he thinks was the show’s worst singer

“Vinnie is a legend, but I would be on the phone with him for hours trying to go over songs and ideas,” Pinto said.

“He was like, ‘Can we do a sailor’s shanty? And I would be, ‘Vinnie, we don’t do sea shanties!’ He was so tough, he’s not a singer, but he doesn’t really care.

Speaking to The Daily Telegraph, Gary revealed actor and former British footballer Vinnie Jones (pictured) was the worst singer to appear on the show.

It comes days after Daily Mail Australia revealed that a Pussycat Doll, Grammy Award winner and multiple Logie winner will be among this year’s costumed contestants.

A network insider says there is speculation that former Pussycat Doll Melody Thornton is the celebrity behind the Mirrorball costume.

The on-set spy said Mel B instantly recognized her voice while singing Whitney Houston’s I Wanna Dance Somebody.

Daily Mail Australia can reveal a Pussycat Doll, a Grammy Award winner and several Logie winners will be among the costumed contestants. (Photo: Disco Ball)

Melody, who starred in The Bodyguard on Broadway in 2017, was charged with hiding her trip to Australia and “pretending to be in Los Angeles on Instagram”.

A promo for The Masked Singer teases that there is a contestant who has “sold over 50 million records worldwide”.

The Pussycat Dolls have sold over 55 million records, making them one of the best-selling girl groups of all time.

Multiple Logie-winning TV presenter Grant Denyer is also rumored to be showcasing his singing abilities, two years after he was first tipped on the show.

The masked singer returns to Channel 10 on Sunday.