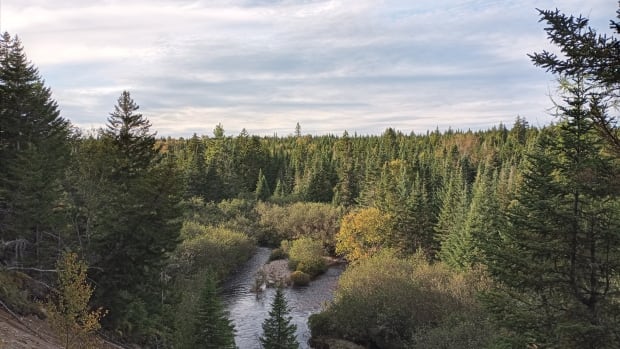 The New Brunswick government says forestry companies will pay “tens of millions of dollars” more in timber royalties this year than they did last, but it appears to have backed down from a widely publicized claim in July that additional revenue for the province could reach $50 million.

The cause of this change is not entirely clear and, so far, provincial officials are not responding to questions about it.

“Let’s be clear, this new fee structure will result in tens of millions of dollars in additional revenue for the Province of New Brunswick,” Holland wrote in the letter.

It’s a subtle but potentially significant revision to earlier estimates that the province would receive $50 million this year from increased royalty rates.

According to government budget documents, “forest royalties” for the current year were originally expected to reach $68.1 million before royalty rates changed.

Reaching $100 million would instead require $32 million in additional royalties, not $50 million, and in Holland’s new letter, reaching that lower goal is only framed as something that “could” happen.

Questions posed to Holland’s department about whether the original estimate of companies paying $50 million more for Crown timber this year still stand or have been revised down have gone unanswered as of last week.

Additional questions about whether the initial estimate might have been a miscalculation or inaccuracy or whether royalty rates were ultimately set lower than originally planned were also unanswered.

In early July, Holland gave several interviews to New Brunswick media to announce that royalty rates were increasing by $50 million this year.

According to Holland at the time, average royalty rates for companies taking wood from provincially owned forests would climb to $10 per cubic metre. Multiplied by the five million cubic meters or more companies use for factories each year in New Brunswick, he estimated the projected increase in revenue at $50 million.

“We’ve initiated an increase for this year, quite a significant increase,” Holland told CBC News. “He could project up to $50 million in additional revenue for the province this fiscal year.”

Similar stories appeared in other outlets in the province, all mentioning the $50 million figure.

However, when the new royalty rates took effect in August, the average increase of $10 per cubic meter was not apparent in the regulations.

This is a difficult issue to track precisely because in addition to adjusting the rates, the province has condensed what were 38 separate timber royalty categories into 20. Despite this, it seems fairly clear that the average royalties have not increased by the $10 amount reported in July.

According to figures compiled by the New Brunswick Forest Products Commission, approximately 60% of the wood harvested from Crown land in New Brunswick is spruce, pine and fir “roundwood” sent to sawmills and cut into lumber. The average royalty on this material has increased by about $9 per cubic yard.

Another 25% of timber cut on Crown land is poplar and other hardwoods used for pulp, and royalties on most of this timber have only increased by $2.32 per cubic meter .

Combined, these royalty increases should amount to about $30 million in new revenue if the companies cut to normal levels, but it’s hard to see where another $20 million would come from.

Some smaller volume species harvested from provincial forests, such as hardwood sawlogs, have seen royalties soar by more than $10 per cubic metre, but others have fallen well below that amount, including softwood pulpwood, the royalty rate of which has been reduced.

In his letter, Holland said he was “serious” about getting “maximum value from our Crown lands for all New Brunswickers.” Whether that includes a $50 million increase in timber royalties this year, or a lesser amount his department won’t say.