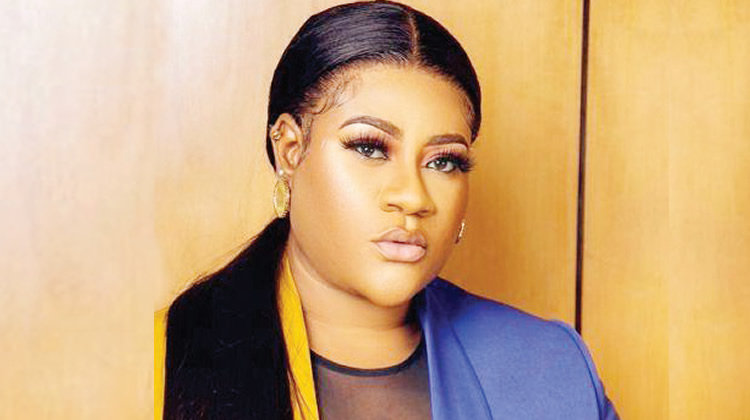 Nollywood actress, Nkechi Blessing has slammed criticism from celebrities who have decided to join the Nigerian political scene.

In a video circulating the internet, Blessing called those who mocked his colleagues for joining politics hypocritical.

According to her, whenever a tragedy occurs in any part of the country, Nigerians usually call on celebrities to lend their voices to the situation.

She said that although celebrities are no longer just lending their voices but also becoming active in politics, many Nigerians are laughing at them for the decision.

The actress said, “Some of you Nigerians are hypocrites. If something goes wrong in the country, maybe it’s a kidnapping or a murder, y’all are gonna yell “Where are our celebrities?”, “They don’t talk now”, “They paid for them”, blah blah blah.

“But now these celebrities you call all the time to come to your rescue. Not only do they lend their voice, but they also get involved. Then you changed the story. ‘Hey, you think this is Nollywood?’, ‘Is this a joke for you?’, ‘Politics is a joke for you?’

“What exactly do you want?” You that you can use your own voice, your own hand and talk to the government to listen to you, you are not going out to participate in any of the political activities going on in Nigeria. The celebrities you’ve been calling for years are now getting involved, and you’re making a joke out of it.

The actress further said she was “super proud” of her colleagues joining politics, especially women running for deputy governors.

She said: “I’m very proud of all the celebrities, especially the women running for Deputy Governors, because they want to tackle the issue of where you think it hurts.

“Forget the fact that they are artists. All the people who go out, like Aunt Funke Akindele, Tonto Dikeh and Caroline. These people are educated.

“They are respected people in their society. The same people who called them over the years are now saying, “You think you say na Nollywood we do for here?”

With the upcoming elections of 2023, several Nollywood entertainers have thrown their hats for various political positions.

While many Nigerians on social media have applauded their decision to enter the political arena, many others are skeptical of their ability to provide solutions to Nigeria’s many problems.

Among the artists joining the political train is singer Olubankole Wellington, popularly known as Banky W, who is running as a member of the House of Representatives under the People’s Democratic Party.

Actresses Tonto Dikeh and Funke Akindele are both running as candidates for Vice Governorships in Rivers State and Lagos State respectively.

Caroline Danjuma, also announced on Monday that she had been chosen as the running mate of Iboro Otu, candidate for the post of governor of Akwa Ibom within the framework of the African Action Congress.

Do you need a rainy day fund?