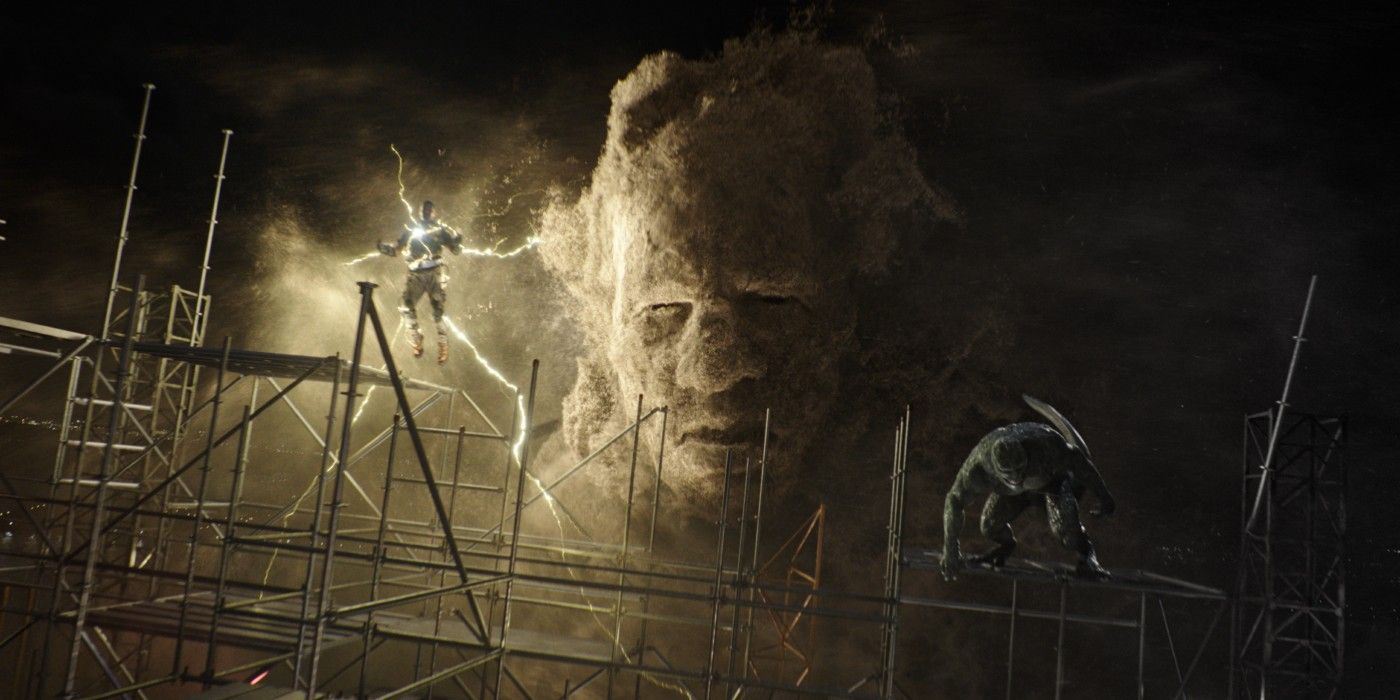 Model and influencer Wisdom Kaye creates a series of distinct outfits for each multiverse villain that appears in Spider-Man: No Way Home.

Kaye put together six outfits based on the multiversal villains that appeared in No coming home, including Sandman, Dr. Otto Octavius/Doc Ock, the Lizard, and Electro, plus two separate outfits for Willem Dafoe’s Green Goblin/Norman Osborn. In a series of tweets, Kaye went deeper into her process for creating each look, saying, “For Norman’s look, I was inspired by what he wore in the movie and added some accessories,” while for Green Goblin, he “wanted to do something more menacing.”

RELATED: Spider-Man: No Way Home Was Made to Work Even Though It Was Marvel and Sony’s Final Collaboration

For Sandman, Kaye leaned toward “sand,” going with earth tones for the character played by Thomas Haden Church in the film, and took a similar approach for the lizard, whose outfit featured mostly green accessories. and golden. The designer admitted that for Jamie Foxx’s Electro, the outfit he chose was his least favorite, for which he initially considered head-to-toe blue before deciding that “the way yellow looks to this plan was too beautiful to be changed”.

Kaye also admitted that her sleek, black and gray ensemble for Alfred Molina’s Doc Ock was “challenging”, saying: “I thought the look wasn’t that great and spent about 2-3 hours trying to figure out how to put tentacles on this mf but it all looked clunky so i just went without them.” Kaye provided photos for each outfit, along with a list of designers he got each piece from.

Spider-Man: No Coming Home opened up the multiverse with the return of villains from previous Spider-Man franchises, including Sam Raimi’s Molina, Dafoe, and Church Spider Man trilogy, as well as Marc Webb’s Foxx and Rhys Ifans The Amazing Spider-Man movies. On top of that, the film saw Tom Holland’s Web-Slinger not only go up against franchise villains Raimi and Webb, but also be joined by Andrew Garfield and Tobey Maguire’s respective Spider-Man.

The end of No coming home saw the debut of Spider-Man’s new handmade costume, but he wasn’t the only character to get a costume upgrade for the threequel. In a previous interview, Foxx opened up about how he helped reimagine his Max Dillon/Electro character, which first appeared in 2014. The Amazing Spider-Man 2, for his Marvel Cinematic Universe debut. “It was the whole team. A whole Spider Man team on how to make this guy cool,” Foxx said. “How do we make it impactful, but make it a little more grounded? When he acquired some [abilities], it really made sense in the way he was able to project himself.”

Emily Zogbi is a writer from New York and editor of CBR. Although she holds an MFA in poetry, Emily especially enjoys talking at length about the MCU and why the 2009 animated film Wonder Woman is better than all the others. She would have liked to be a dancer. You can follow Emily on Twitter at @emilyrosezombie.

Embrace the Sweat, Have Fun with ‘Let’s Get Physical’ | Way of life