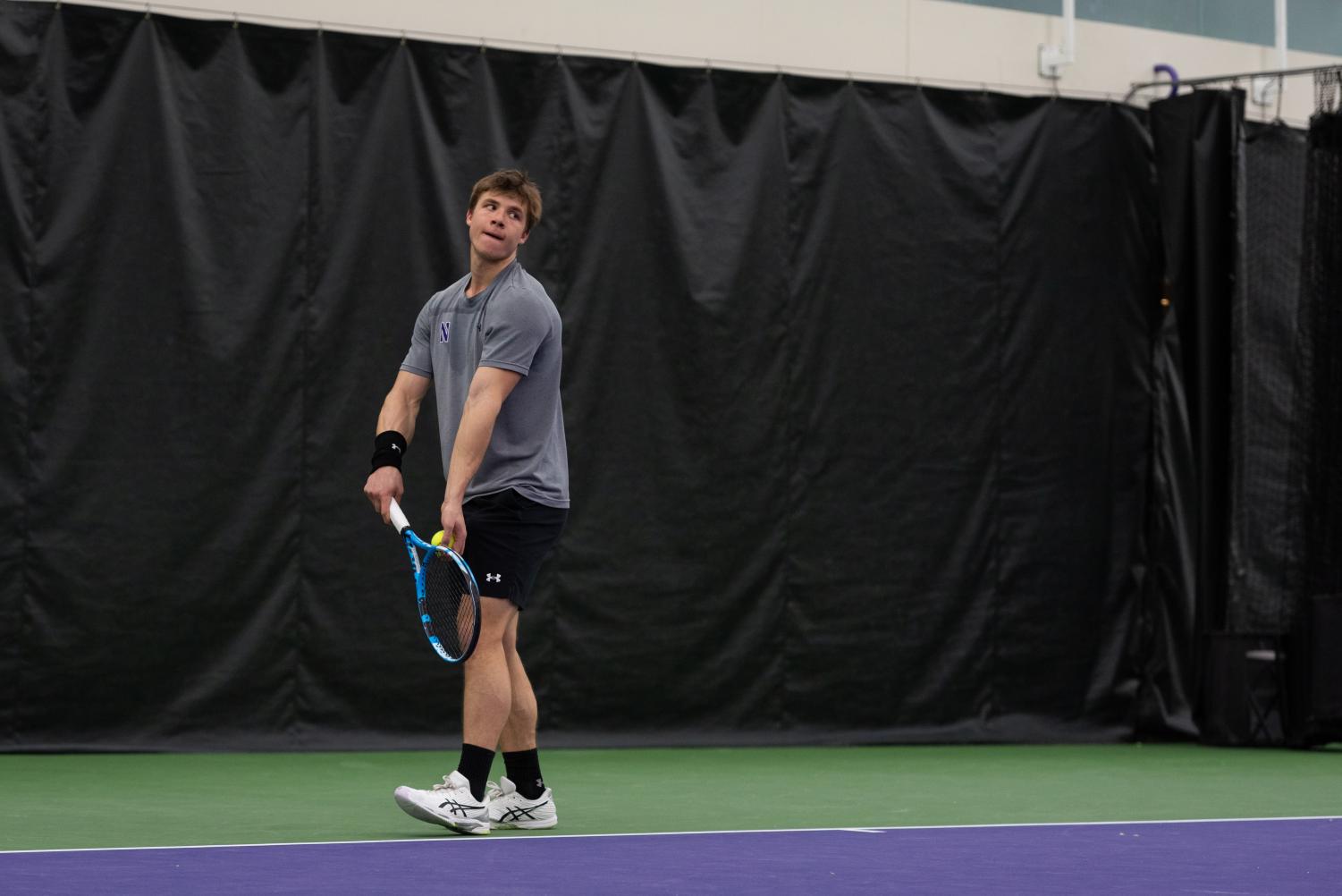 Northwestern (16-7, 4-2 Big Ten) controlled its game against the Redbirds (8-15, 2-2 Missouri Valley) from start to finish, earning its third straight win. The Wildcats never dropped a set, starting with a one-sided doubles run and continuing that momentum until the end of the game.

Swan went with the usual pairs No. 1 and No. 2 in doubles, but tried a new partnership between second Gleb Blekher and junior Natan Spear at No. 3. The pair showed immediate chemistry, winning the opening point and closing a 6-2 win.

“With (Blekher’s) volley, his progression and his points at the net, I think he did a great job,” Swan said. “Natan, his partner, was really good in every way too.”

In singles, sophomore Presley Thieneman remained scorching. Thieneman set the tone for the game, continuing his consistent play from the baseline and rarely wasting points en route to a 6-1, 6-0 victory, his fifth straight sets victory.

Thieneman’s showdown ended before other courts completed their opening sets.

“He plays big enough to dictate the game,” Swan said. “His opponents usually run a lot during the game.”

On the top court, senior Steven Forman put in another outstanding performance. Forman, ranked No. 30 nationally in singles, picked up his 16th individual team-leading win to extend NU’s lead.

Senior Simen Bratholm secured the crucial fourth point for the Cats, dominating his opening set and securing the overall win. Rookie Felix Nordby, who beat his opponent in the first set, found a break at 5-5 in the second set to avoid a tie-break.

“He didn’t play very well in the first set, and I took control early – two loves, three loves and kept the momentum going,” Nordby said. “He raised his level in the second set, and I held mine, maybe a little down, which made it 7-5 and not (another) bagel.”

Senior Trice Pickens took a 5-2 lead in the first set, eventually winning in a tiebreaker. After that, however, his game started to stall.

“I was playing dumb at the start of this set,” Pickens said. “He was really good with his backhand. It was a tough shot to attack, but when I started trying to target his forehand a bit more, it wasn’t as solid.

Swan said he was happy with the team’s level of play.

“We wanted to play a good set of doubles, high quality doubles, and then we wanted to win in straight sets (for) every singles match,” Swan said. “That was the goal, and we did it.”

After the 7-0 result, Swan and NU turn their attention to Saturday’s game against Illinois (9-13, 2-4 Big Ten). In 22 total heads-up against the Fighting Illini, the Cats have won only once, a close game in 2016.

When the teams last met, Pickens’ game was the last to end as Illinois slipped away from Evanston with a 4-3 win.

“If I need some extra motivation at some point, maybe I’ll think about it,” Pickens said. “But I think my game plan will be to treat it like any other game and try to keep my nose to the grindstone.”

— Men’s tennis: On the road, Northwestern wins against two opponents from the Big Ten

— Men’s tennis: Northwestern No. 25 overtakes Michigan State, but falls short against Michigan’s No. 6

Your lifestyle is costing you more than your health, here’s what you need to know