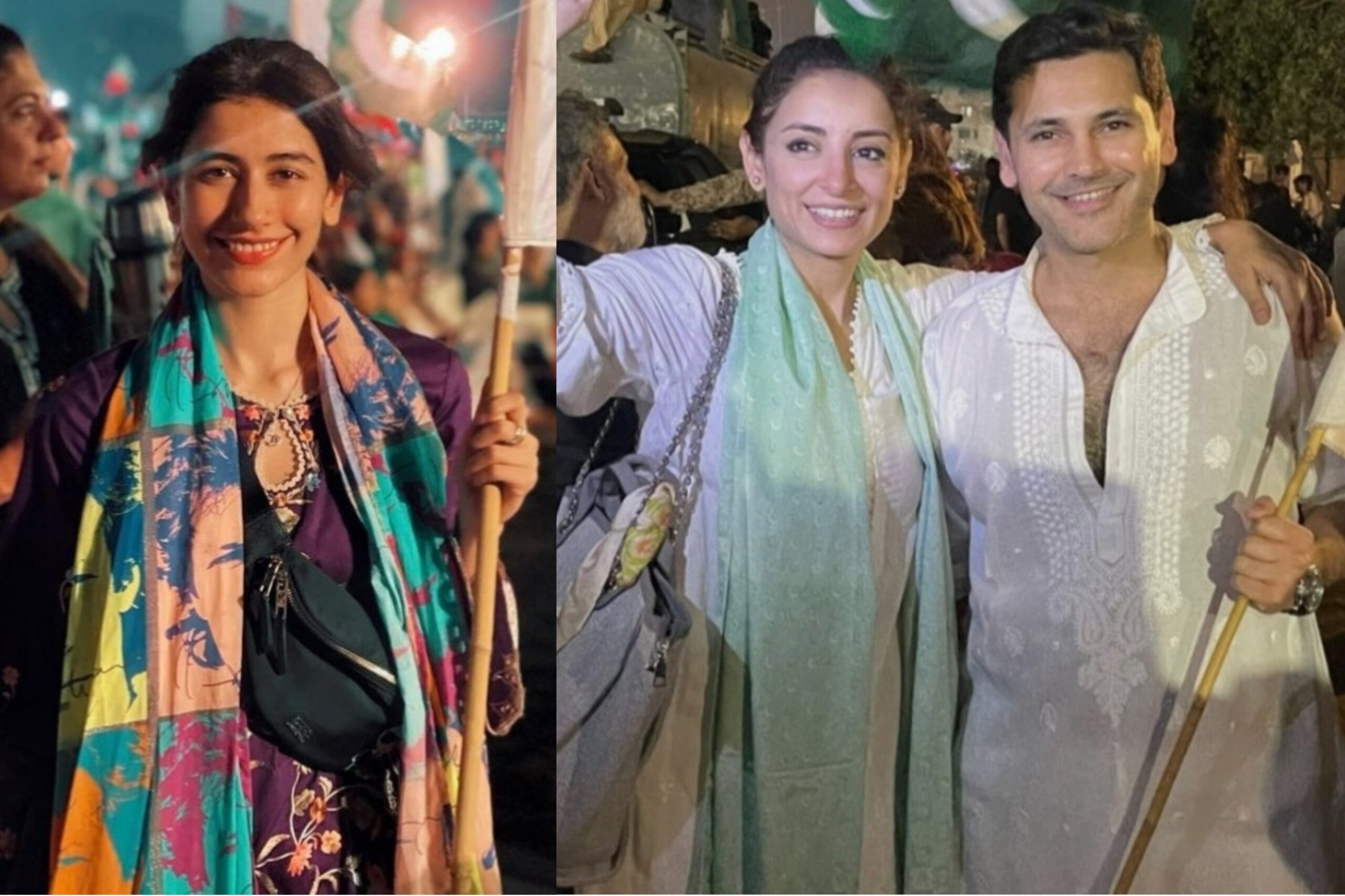 Syra took to her Instagram to share a photo with the national flag in her hand, quoting Jinnah in the caption, writing, “There is no power on earth that can undo Pakistan.”

Her sister, hairstylist Palwasha Yousuf, also used the photo-sharing app to share photos of the group heading to the rally, which was held at MA Jinnah Road.

Aye Musht and Khaak Actor Feroze Khan took to his Instagram Stories to share views from the stage, as well as videos of Khan at the event.

Celebrity couple Sarwat Gillani and Fahad Mirza were also present at Jalsa with Pakistani flags in their hands. Fahad wrote on his Instagram Stories along with a photo of him and his wife, “Pakistan Zindabad. Seeing this passion, this fervor, this national unity for the first time in my life was an awesome experience!

Singer Haroon Shahid came with his family to the scene, posing with his children in a photo posted on his social media.

PTI President Imran Khan claimed on Saturday night that the “imported” government was trying to push his party out of the political arena through the foreign funding affair, so in the interests of fairness the prosecution proceedings against PPP, PTI and PML-N must be heard together.

Addressing a massive public rally in Karachi’s Bagh-e-Jinnah, Imran thanked residents of the metropolis for coming out of their homes to show their support for him, saying the purpose of his visit to Karachi was not not in the interest of the PTI but it was for the good of Pakistan and the future of its children.

The former prime minister also shared that since a “strong and powerful” Pakistani community lives in the United States, he believes in establishing friendly relations with all countries.