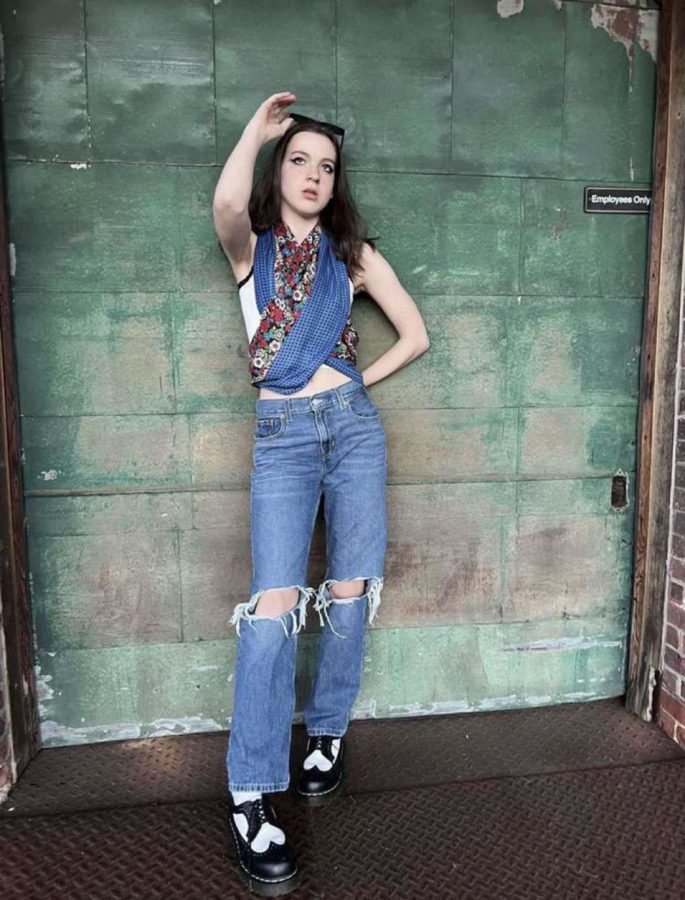 Post-pandemic fashion at LHS – The Cub

The renaissance of personalized fashion is upon us. After more than two years of what most people would call the most tumultuous years of their lives, many are choosing to show off their new selves through clothing. Years before the pandemic, when there was diversity in clothing, it was nothing compared to today. Two years at home has given people time to find what makes them feel confident and happy. This, combined with the resurgence of old trends and rapidly changing fashion cycles, has created a plethora of unique styles that can be found around LHS.

Vintage fashion swept the whole school in force. ’90s and early ’00s staples like low-rise jeans and chunky claw clips are happily embraced by college students. It goes back further than that, however. Flared jeans, bright colors and biker shorts have gained popularity this year. Style icons of the past such as Princess Diana are huge inspirations for today’s youth.

The bright and timeless style of LHS junior Shealee Cavanaugh has gained notoriety among LHS students. Cavanaugh is inspired by legends like Twiggy and Audrey Hepburn.

Many students find it takes too much effort and time to move away from the usual sweatpants and hoodies. Shealee shared her process for putting together a simple and stylish outfit. “Some days, honestly, I just randomly put two pieces together and they end up working, but usually if I plan it I’ll connect colors or materials with another.”

Finding a personal style can be a challenge, but many take inspiration from many places. Celebrities and musicians have become famous for their unique and distinctive outfits. The likes of Bella Hadid and Kendall Jenner have become synonymous with a laid-back yet chic streetwear look. It appeals to many people not just because it’s trendy, but because it’s easy. Pair baggy joggers or jeans with a simple cropped white t-shirt or oversized blazer to create a simple yet on-trend outfit.

In recent years, we have also seen the revival of alternative fashion and styles from music-based subcultures. As grunge and punk music have grown in popularity recently, so have outfits. People like Kurt Cobain and Kathleen Hanna are now considered leading figures in the grunge scene. They helped popularize the look of basic cardigans, flannels, and tees with heavily worn, baggy jeans. Fashion in punk subcultures was used not only to distinguish people from their counterparts, but also to display a message. In the ’80s punk scene, maybe the message was that you were anti-establishment and leftist. Clothing can now be used to show gender expression, the type of music or media you like, political alignment, and more.

When asked why personal style is important to him, junior Craig Nally explained that he likes “try to blur as many lines as possible in almost everything I do – including my clothes, to express that we as a society don’t need some of the barriers we put up for ourselves. When people wear what makes them most comfortable, it frees them up and gives them a new sense of confidence. The pandemic has given people time to find themselves and feel better about themselves. Nally shared her own experience of searching for identity during the pandemic saying “the pandemic gave a lot of people a lot of time, and I used mine to really think about who I wanted to be.”

Shaelee says she often shops at thrift stores, “I shop mostly at savings, goodwill, the Salvation Army, savers. I like unique pieces.

Sustainability has become increasingly important to people, and thrift stores are an easy and accessible way to get involved.

With the school being entirely in person this year, people were finally able to showcase and express their styles. Junior Morgan Wright admires people who express themselves freely through clothing.

“I feel like people are more open to alternative styles and there’s a bit more self-expression,” she said.

Her style has always touched on the more alternative side of things, sporting darker colors and grunge-inspired pieces in her everyday wardrobe. She explains that stepping away from mainstream culture and looking to the past has inspired what she wears. “All the media that are further away from the general public. Older music and films, smaller groups.

The newfound confidence the students developed during this transition period was reflected in their wardrobes. Being able to express themselves freely and wear what makes them feel good while inspiring others has made LHS a more positive and creative environment.