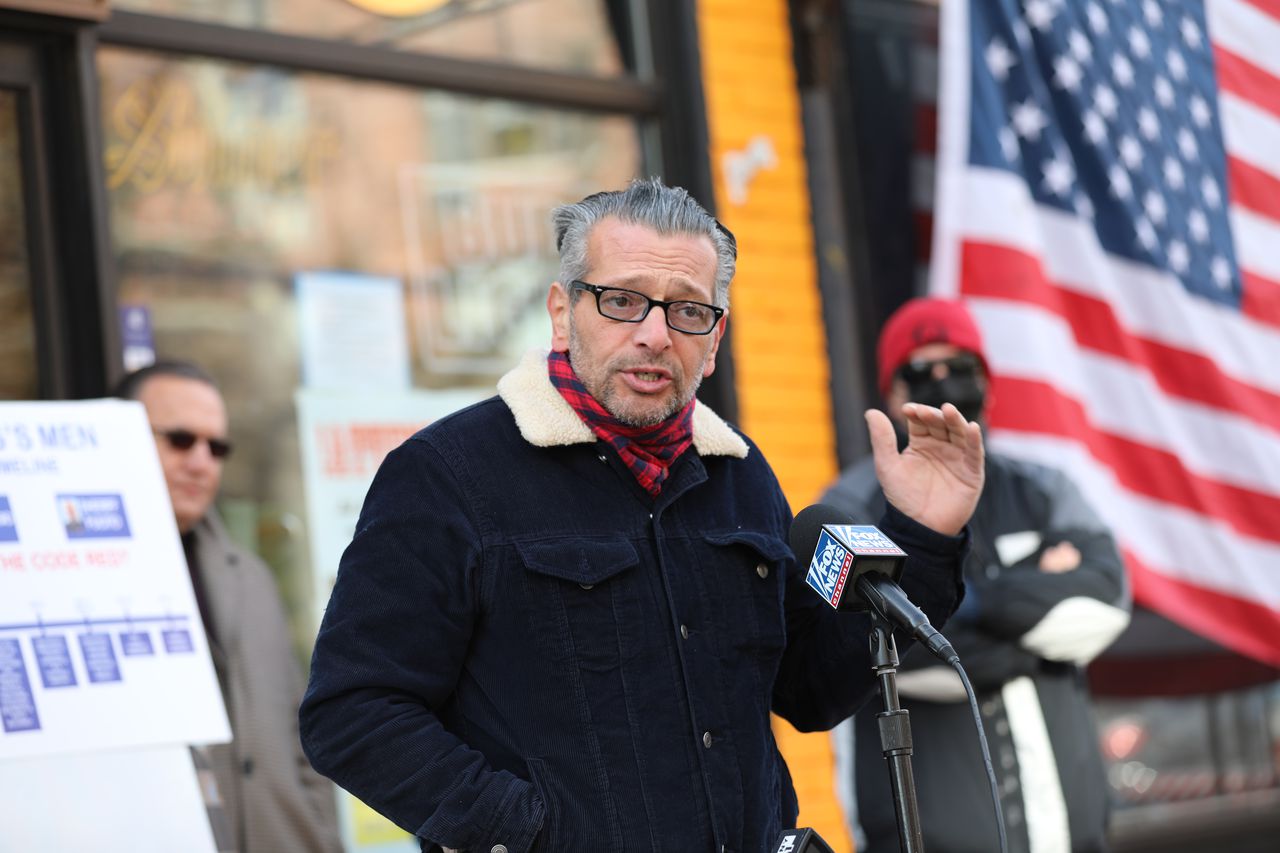 STATEN ISLAND, NY — The premiere of “The Relentless Patriot,” a documentary about controversial Staten Island artist Scott LoBadio, has been temporarily postponed.

The documentary — a look at LoBadio’s life as an artist, his beliefs and his motivations — was scheduled to premiere at the St. George Theater on Aug. 17 at 8 p.m.

LoBaido said it was important to him that the documentary be released before the November election; the new first target is late September or early October.

Ticketmaster will refund anyone who has already purchased a ticket.

The documentary is produced by Scott LoBaido, Dan Caropresso, Christopher Martini and co-produced by Julius R. Nasso Production Banner. LoBaido said the production company was investing a “significant amount of money” in the film, but could not disclose how much.

In addition to repackaging and editing in a new production studio, the premiere delay is to add a “very superstar patriotic celebrity power” that he’s not free to mention.

Streaming deals are also in the works, he said.

Some call him passionate — a patriot; an artist. Others call him hateful, racist, homophobic and say he goes too far. The word “controversial” is thrown into headlines and conversations about it.

Yet Scott LoBaido insists he is misunderstood and anything but controversial.

“It’s the blood, guts and glory of pro-American activist activism,” LoBaido said of the documentary. “It shows my education; how I caught my patriotic bug and the community I grew up in.

There are also a lot of cigarettes and whiskey.

“But I have a message. I am not shy, obviously, about my political beliefs and my ideologies about society, and there is a problem in this country. But that is the beauty of this country”, a- he declared.

While he says he doesn’t “give a [expletive]about what people think of him, he hopes the film will change at least a few minds.

You can read the full interview about the documentary here.