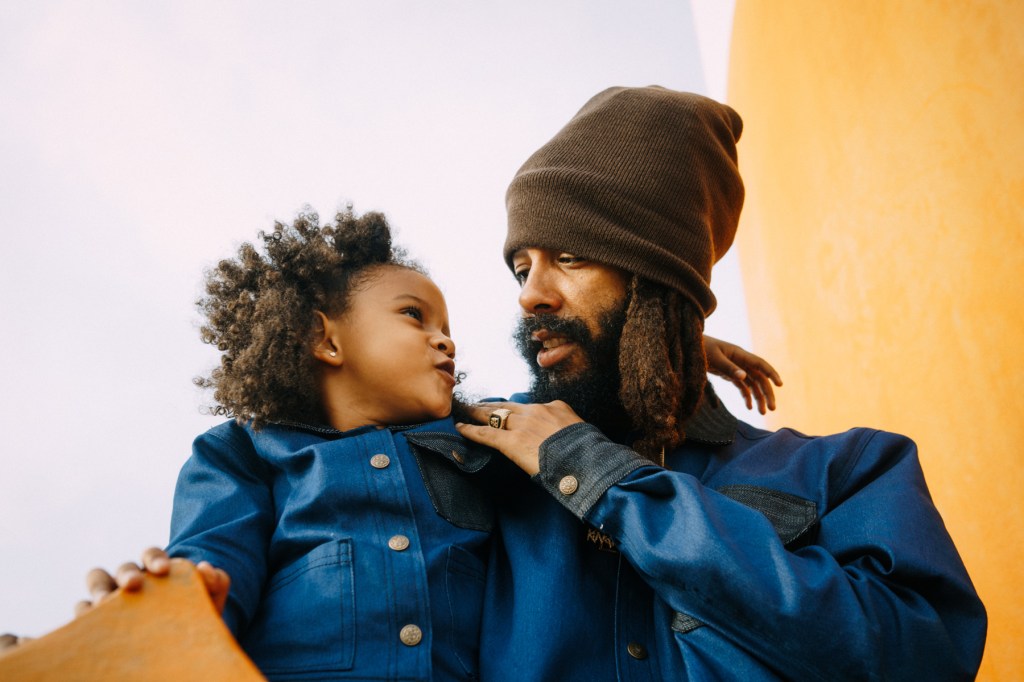 Protoje is in her head. One of modern reggae’s most important figures is in a contemplative, almost melancholy mood on his latest album, The third time is the charm. Gone are the ambitious anthems and crossover superstar collaborations of previous records. This time, Protoje leans back, gets lost in thought, and sinks into the riddims.

The 10-track set’s first single, “Hills,” finds Protoje recounting an idyllic time of isolation during the pandemic lockdowns. “Man, I’ve been in the hills, you know, like hiding, no sign for me, steam weed three times a day,” he sings in a swaggering trap cadence. “The Charm” samples legendary Jamaican singer Dennis Brown in its intro and blurs an easy reggae beat into cavernous dub effects. A futuristic reggae feel permeates “Ten Cane Row,” which Protoje says was inspired by his encounter with British soul singer Jorga Smith, whose smoky, sultry vocals on the song’s chorus contrast with his descriptive verses and crispy.

Over a bubbling reggae beat, Protoje further flaunts his romantic side on “Dreamy Eyes”, which is highlighted by his shifting vocal patterns, especially his impressive, sped up beat on the third verse. Protoje’s thoughtful lyrics espousing spiritual strength are delivered with precise intonation on “Heavy Load,” which is set to a lush retro-soul orchestral arrangement that ideally frames Jamaican singer Samory I’s powerfully angsty and compelling hook.

Like its predecessors, The third time is the charm incorporates elements of classical and neo-soul, rock and especially hip-hop, but this time around Protoje puts a heavy emphasis on their Jamaican/reggae roots. That said, it’s not your parents’ reggae. Protoje, in collaboration with a stellar cast of producers including IV the Polymath and 8Track, and Jamaicans Iotosh and Ziah .Push, distills diverse influences into a cutting-edge sound montage that propels its exceptional vocal flow and lyrical complexities to greater heights. high peaks.

Throughout his career, Protoje has recorded plenty of incisive social commentary, and “Late at Night” adheres to that precedent by addressing violence in Jamaica; the urgency of Protoje’s lyrics is heightened by his hypnotic staccato delivery: “Streets hot/Three Glocks/Beat shot/Kick back/Knee knock/Fall flat/Tree chop/Crime scene/See cops/Seize stock.” Sung to a searing, bass-heavy reggae beat and co-produced by Protoje and Oliver “Cadenza” Rodigan (son of venerable British reggae radio personality Sir David Rodigan), “Late at Night” samples “Children of the Night” from the Jamaican singer Pam Hall (a reggae cover of the Stylistics’ 1972 soul nugget) with the dynamic Lila Iké on a haunting chorus.

Protoje’s all-encompassing musical approach and the distinctive character of this sixth studio album is embodied in the track “Incient Stepping”, produced by innovative musical collective Zion I Kings, which Protoje (and many others) cite as the standard of the modern reggae; over an ethereal soundscape grounded in a resounding bassline, Protoje expresses its allegiance to Rastafari, juxtaposing reverential vocals with rapped verses and age-old mysticism with progressive vision. For all of The third time is the charmdraws inspiration from sampled and synthesized genres and rhythms, it is undoubtedly a reggae album that honors Jamaica’s great musical traditions while incorporating bold experimentation to push those traditions forward; it is also the finest representation of Protoje art to date. No wonder Protoje is so lost in thought. The man clearly has a lot on his mind.