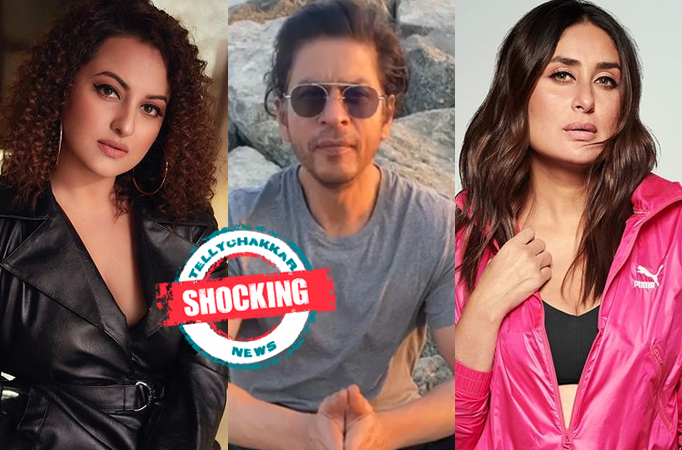 Shocking! These celebrities have lost big Bollywood movies due to a hike in their fees

Mumbai: Indeed, we have seen amazing characters in different movies delivered by Bollywood actors. We pick up the characters that create an impact on our minds.

Looking at these characters, we believe that they are written for a particular actor only, but do you know that there are many movies that have seen a lot of changes in the cast long before the directing process started.

With that said, today let’s take a look at the list of Bollywood celebrities who have been replaced by other actors due to their rising fees.

Dabangg actress Sonakshi Sinha has indeed left her mark on the hearts and minds of fans. Apparently, she was approached for the movie Kick, which had Salman Khan in the lead role. But due to increasing fees, later the role went to Deepika Padukone, and finally it was played by Jacqueline Fernandez.

Baadshah of Bollywood Shah Rukh Khan is indeed one of the most beloved global stars. It has been said that Sanjay Leela Bhansali approached Shah Rukh Khan for one of the characters in the movie Padmaavat. But again, because of the high fees, the actor was excluded from the project.

It was during the release of the film Mujhse Dosti Karoge that Karan Johar approached Kareena Kapoor for the film Kal Ho Na Ho. The character of Naina played by Preity Zinta was initially offered to Kareena Kapoor but due to the high price demanded by the actress, she was not in the project.

The late actress Sridevi was indeed one of the most versatile actresses in Bollywood. According to our information, the character of Shivgami Devi from Baahubali has been offered to the actress. But the huge fees demanded by the actress ensured that the role went to Ramya Krishna.

R Madhavan is indeed one of the most versatile actors we have in the industry. Apparently, the actor was approached for the film Fanney Khan, which starred Rajkumar Rao, Aishwarya Rai and Anil Kapoor. But the high price demanded by the actor caused this film to go to another celebrity.

What do you think of this list? Let us know in the comments section below.

ALSO READ – (A must read! “I’m surprised she’s still with me” Ajay Devgn shared a hilarious post on his wedding anniversary)