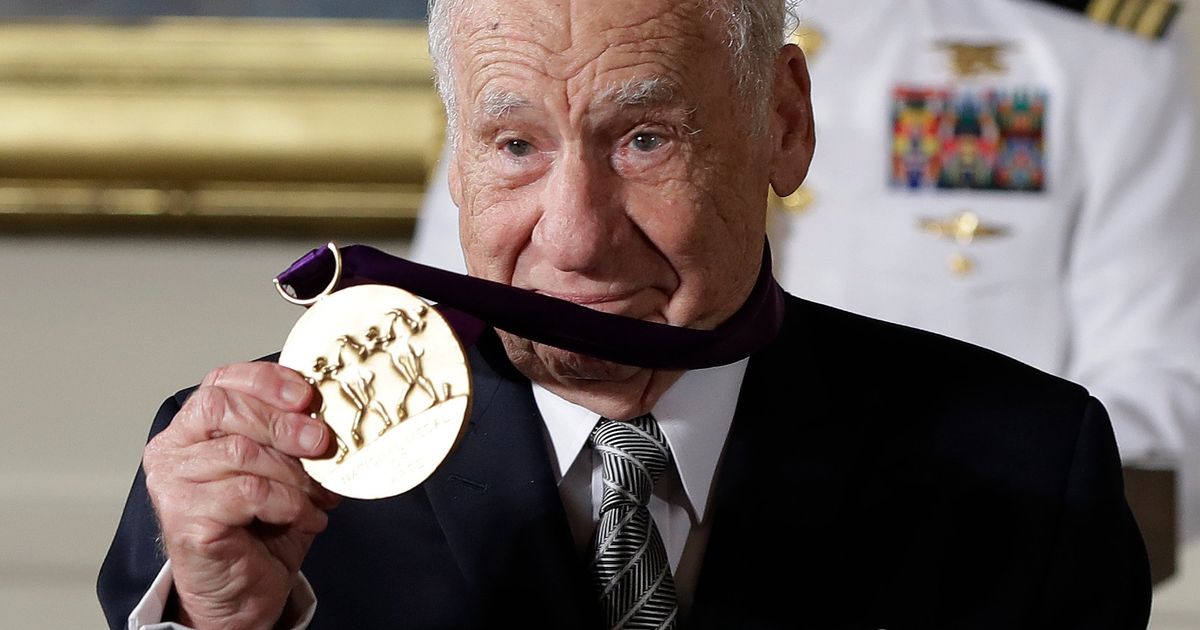 Should Celebrities Tell Their Audiobooks? Will Smith and Mel Brooks plead yes

By Katherine A. Powers

I wouldn’t rush to listen to celebrity books, partly because I rarely know who they are and partly because I don’t care about them anyway. But there are exceptions – and here are three audiobooks from big stars, so big that even I can recognize them. Their audiobooks are enriched with relevant passages from songs or vocal mimicry – and as such have a dimension beyond their print versions.

‘All on me! My remarkable life in show business’

Mel Brooks delivers his life story with his familiar old New Yorker voice, which has remained vigorous for 95 years – or 2,000, according to your source. Born Melvin Kaminsky, he grew up in a Brooklyn apartment building, lost his father to tuberculosis, survived a car crash, and made his show business debut as a stand-up comedian in the Borscht belt. He continued to write for Sid Caesar in the 1950s, and from there to play “The 2000 Year Old Man”, co-create “Get Smart” and write, direct and star in Broadway movies and musicals.

Brooks recognizes the role of serendipity in his career, but he also doesn’t hesitate to be proud and happy about his daring, his anarchic sense of humor, his penchant for blowing up sacred cows and numerous awards. and distinctions. Here is a man apparently without ulterior motive and entirely free from what he called “a psychological defect called modesty”. It’s a bubbling book filled with anecdotes, triumphant laughter, and sideways delivered with perfect timing and a festive air. (Random House Audio, unabridged version, 3 p.m.)

Will Smith – rapper, stand-up comedian, actor, producer and songwriter – added a memoir to his resume. Smith tells us about his early years: He was raised in a middle-class home in West Philadelphia, raised by a mother for whom education was paramount and an abusive father whom Smith credits to his own ability to overcome adversity – including his father provided a lot. It also delivers useful insight into the evolution of rap and plenty of inside information about the music industry and his time playing with DJ Jazzy Jeff & the Fresh Prince.

Thanks in large part to its storytelling, the book is full of energy and a lot of fun – there’s a lot of comedic power and vibrancy that takes this story far beyond the printed page. Smith voices a variety of people, provides music samples, and frequently reminds us that he is “the undisputed greatest movie star in the world.” His jubilation for his own greatness is so relentless it becomes fun. Smith was helped with the book by self-help author Mark Manson, which may explain why this otherwise exhilarating audiobook is sometimes loaded with passages of hokey advice on empowerment. (Penguin Audio, unabridged version, 4:15 p.m.)

“I woke up this morning: the definitive story of the sopranos”

By Michael Imperioli and Steve Schirripa

This captivating behind-the-scenes exploration of the popular TV series is based in part on the podcast “Talking Sopranos” by Michael Imperioli (Christopher Moltisanti) and Steve Schirripa (Bobby Baccalieri), with assistance from writer Philip Lerman. Here, the two actors interview each other as well as 60 other people who worked on the series. Mainly because of the friendly jokes and (annoying) feuds between the two actors, the production feels more like a podcast than a book. But there is also a big quirk here.

Familiar audiobook narrators provide the voices of the actors being interviewed by the real voices of Imperioli and Schirripa: So when Imperioli and Schirripa ask Edie Falco about her role as Carmela, it’s surprising to hear voice actor Christina DeLaine respond. Still, the audiobook is endlessly fascinating, filled with arcana and insight. We find actors fearing and arguing over their characters’ deaths, and listen to how viewers still erupt in outrage against Imperioli when her character kills Adriana’s dog.

Also on the scene is creator David Chase (voiced by Jason Culp), as are many of the directors, screenwriters, casting directors, sound engineers, and other pundits and technicians who have made the show the work of art it is. Throughout the interviews, James Gandolfini is remembered and celebrated, making this strange production a heartfelt tribute to a brilliant actor and a generous and supportive colleague. (HarperAudio, full version, 1:30 p.m.)