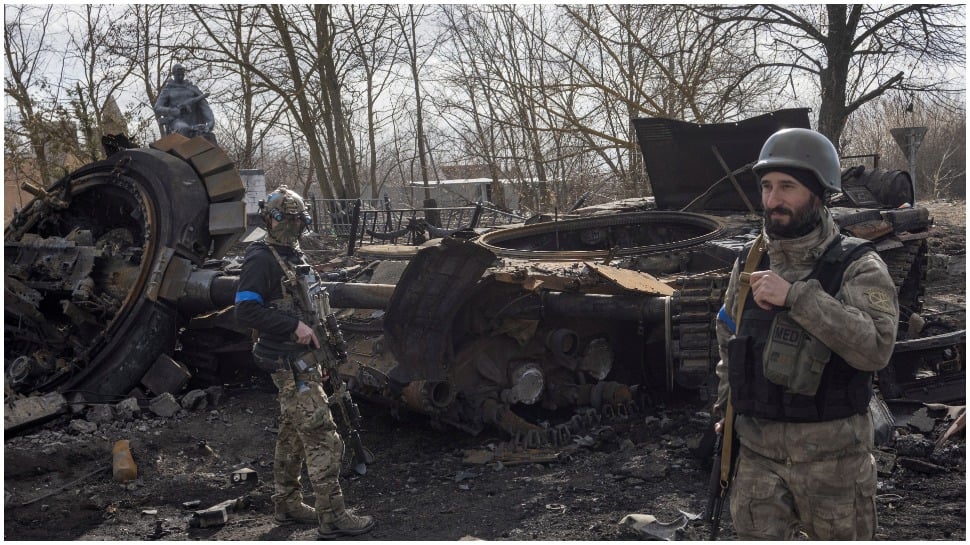 Kyiv: Ukrainian President Volodymyr Zelenskyy’s appeal for humanitarian aid has been answered by the European Commission, the Government of Canada and dozens of celebrities gathered by the non-profit organization Global Citizen, including Oscar winners Billie Eilish and Finneas, actor Hugh Jackman, plus Grammy-nominated Madonna and Jon Batiste.

“Stand Up for Ukraine,” which organizers call a “social media rally,” will take place on April 8 to raise awareness for a global donor summit on April 9.

European Commission President Ursula von der Leyen and Canadian Prime Minister Justin Trudeau will host the donor summit in hopes of raising funds from governments, businesses, philanthropic organizations and individuals for refugees Ukrainians, as well as for refugees from the conflicts in Afghanistan, South Sudan and Yemen.

According to the United Nations High Commissioner for Refugees, Filippo Grandi, more than 10 million Ukrainians have been displaced by the war, of whom 3.5 million have already fled the country and 6.5 million have fled their homes, but stayed in Ukraine.

Billions will be needed to provide these refugees with food and shelter, as well as to support the countries currently hosting the refugees.

“A Ukrainian child has become a refugee almost every second since the start of the war,” von der Leyen said in a statement. “The world must defend them.”

Global Citizen hopes its supporters will help encourage donors to act quickly and more generously, with help from a wide range of A-list stars. Celebrities ranging from Pharrell Williams to Billy Joel, Stevie Nicks to Stevie Wonder, Usher to Juanes plan to use their talents and social media influence to direct fans to forukraine.Com.

On this site, supporters can donate to GlobalGiving’s Ukraine Crisis Relief Fund or take action to encourage governments or corporations to donate.

“History has shown us that conflict and poverty are intertwined, resulting in weakened rule of law, a collapse in economic development and often catastrophic humanitarian situations,” said Global Citizen CEO Hugh Evans, in a prepared statement.
“Global Citizen has a history of responding quickly to humanitarian crises, and this is no different.”

Throughout the war, Zelenskyy and other officials in his government emphasized the power of celebrities to amplify the plight of the Ukrainian people around the world, including in Russia.

Recently, Zelenskyy thanked actors Mila Kunis and Ashton Kutcher for raising $35 million through a GoFundMe campaign for Ukrainian refugees. Over the weekend, he thanked U2 and its singer Bono for helping to organize “Stand Up for Ukraine”, which Zelenskyy hopes will raise funds “to restore our homes, restore our Ukraine”.

“They had their own house until the Russian missiles, the bombs, the shells came until the invaders came and destroyed and burned down absolutely everything.”

Zelenskyy said he did not want to call people fleeing their homes “refugees”. He wants to call them “displaced people” because he thinks it’s only temporary.

After a crazy few weeks, there are only hoops royalty left in the Final Four | Arizona Wildcats Basketball