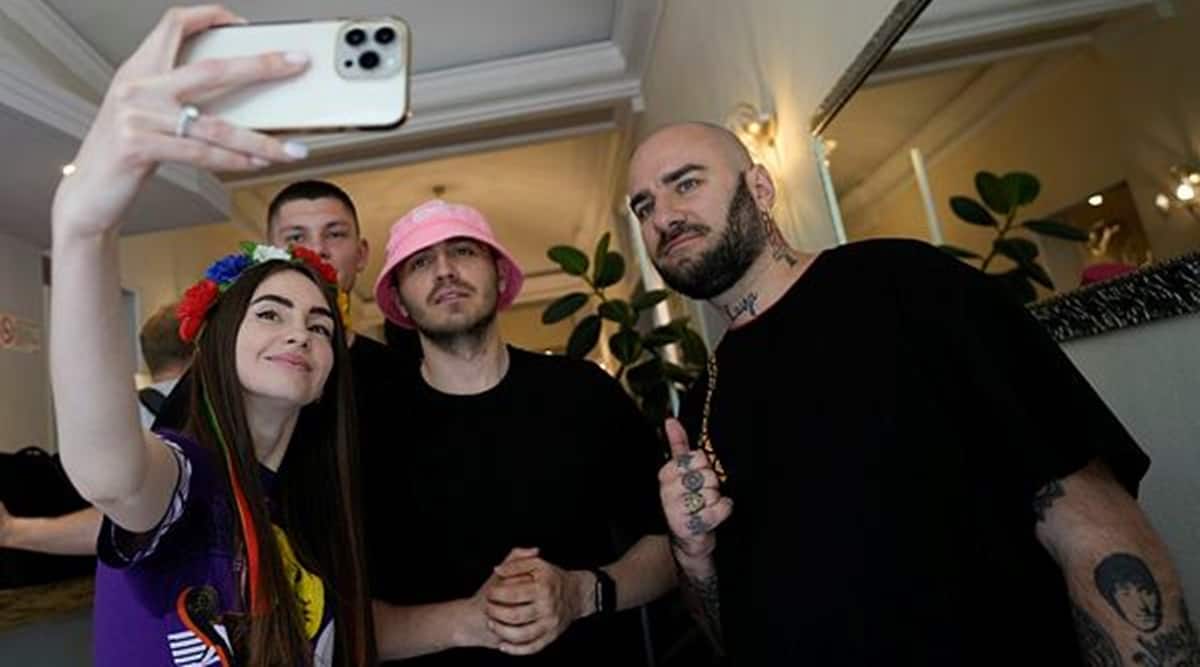 When Ukrainian music group Kalush Orchestra took the stage on the night of May 14 at Turin’s PalaOlimpico, Italy’s largest indoor sports arena, with a folk-rap ode to founder and leader Oleh Psuik’s mother who lives at Kalush, a 65-year-old music competition and what began as a bonding exercise for Europe, has morphed into more than just a performance of pop music. Stephanie, the Orchestra’s piece has become more than just a song. It’s a powerful statement that won the highly anticipated 66th Eurovision Song Contest, the biggest music competition in the world..

The song described the story of a mother and her journey home but was just as easily a battle cry, full of heartbreaking emotions, of the five men on stage who were there despite and because of the ravaged condition of their country. The song, featuring images of a woman’s sunken, watery eyes, has become an irresistible moment for viewers everywhere. For the clueless but fierce Ukrainians are fighting a war resist the invasion by Russian President Putinit was a much needed shot in the arm.

Oleh Psiuk, leader of the Kalush Orchestra of Ukraine, signs autographs before leaving the Universo Hotel, after winning the Grand Final of the Eurovision Song Contest. (AP Photo/Luca Bruno)

As the lights came on, five Ukrainians – rapper Psiuk, multi-instrumentalist Ihor Didenchuk, dancer Vlad Kurochka, singers Tymofii Muzychuk, Vitalii Duzhyk and Dzhonni Dyvny — took to the stage and sang their hearts out in an attempt to seek world solidarity. And solidarity and a lot of affection, that’s what they received, although they were lower ranked in terms of music.

Even in the jury rating, which accounts for 50% of the score, Ukraine ended up fourth, behind tremendous performances from the UK and Spain. JEven if Ukraine was not musically superior, it was the context in which it performed that more than deserved this year’s Eurovision. The group was propelled to victory from fourth place by a massive and emphatic outpouring of public voting, from home and across the continent, which gave the war-torn country a victory to lift the nation’s morale.

After the victory Ukrainian President Volodymyr Zelenskyy said he hoped next year’s final would be held in Mariupol, the Ukrainian port city that suffered some of the most ruthless attacks of the Russian invasion. “Our courage impresses the world, our music conquers Europe… We will do our best to one day welcome Eurovision participants and guests to Ukrainian Mariupol. Free, peaceful, rebuilt! I am sure that our victorious agreement in the battle with the enemy is not far away,” Zelenskiy said in a Telegram post.

After their victory, the group also posted the song with a video shot in the various destroyed cities of Ukraine. They said: “Dedicated to the brave people of Ukraine, to mothers protecting their children, to all those who gave their lives for our freedom…”

Eurovision has always been a fierce musical competition and has always had strict rules regarding political statements. In accordance with the rules of the European Broadcasting Union (EBU), words, speeches or gestures, as well as any form of political propaganda are prohibited. However, the people’s vote and the songs that have been heard in many countries have often had strong political connotations in the past.

Many countries were also disqualified for direct references. In 2009, Georgia’s song appeared to be a criticism of Putin and followed the Russo-Georgian war, after which Georgia was dropped from the contest. The controversy with Israel also received a lot of attention in 2019, after famous American singer Madonna performed in Tel Aviv, albeit a bit offbeat, with dancers carrying Palestinian and Israeli flags in the background and the singer imploring the peoples of both countries for peace. . In 2016, the Ukrainian song titled 1944 Won. Sung by singer Jamala, the song was inspired by the musician’s great-grandmother’s experience during ethnic cleansing and cultural genocide under Joseph Stalin in 1944. While Russian officials criticized the song and said that it violated the rules due to its political content, the song remains Won.

But this year Eurovision has taken a political turn to the right by excluding Russia from the competition earlier this year, citing concerns over The Russian invasion of Ukraine and for their own reputation. Russia began to participate in Eurovision in 1994, after a certain stability that was achieved after the political and economic crisis in the country. Russia on the cultural scene through Eurovision had helped restore its artistic association with the world. It is a country that has been home to some of the best musicians in the world. The Eurovision snub, which is about anything glitzy and ostentatious outside of populist pop, has become significant in the context of the current war. Ukraine’s victory, also by a massive public vote amid an outpouring of goodwill and empathy, definitely showed one thing — hThere is a country which is waging a war, which is constantly under the massive threat of rockets and missiles, so it is important that his people sing an ode to their homeland and show miraculous zeal to win. Except this time it was a music contest.