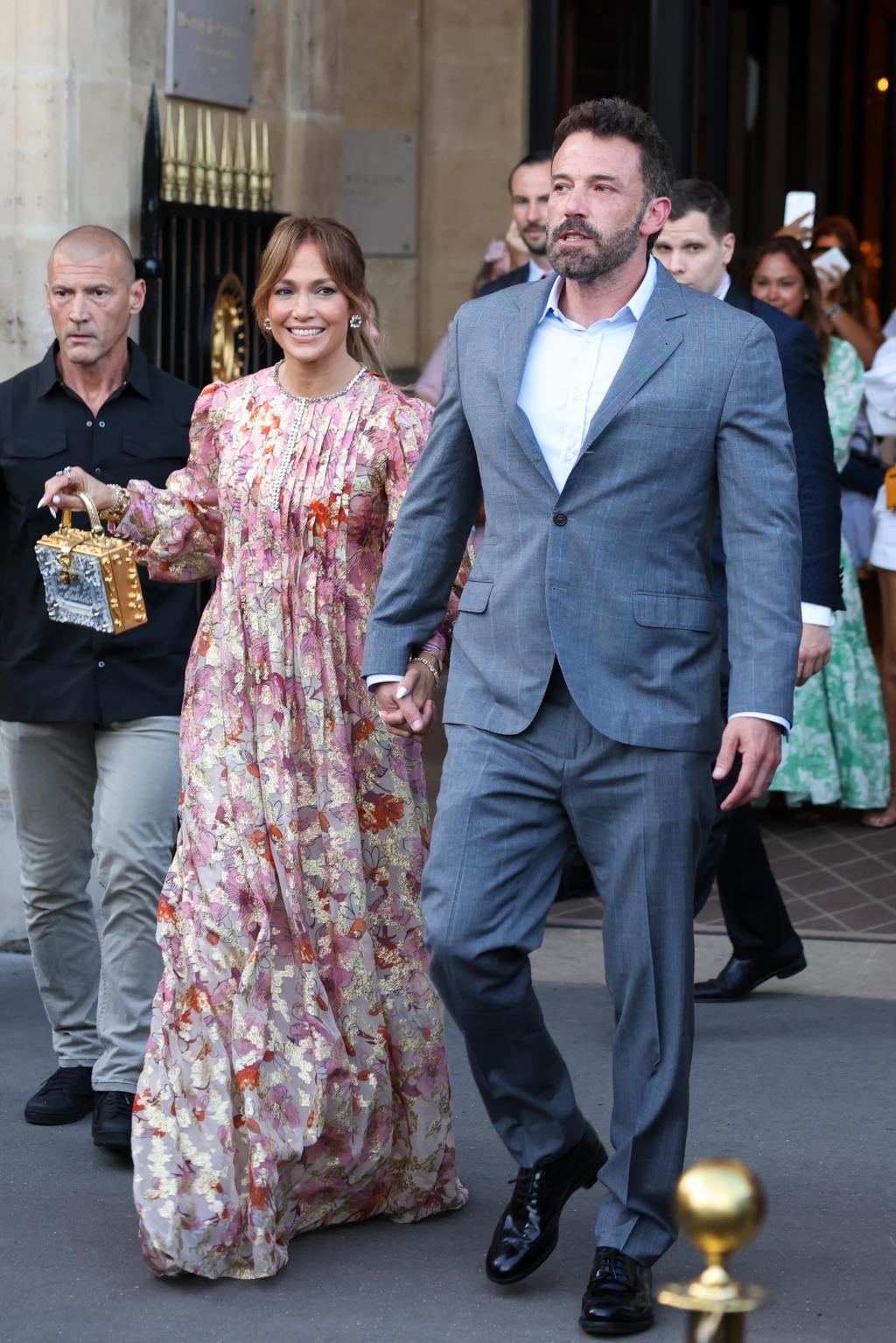 So far, Jennifer Lopez has had some standout fashion moments during her honeymoon with Ben Affleck.

After officially getting married in an intimate ceremony in Las Vegas earlier this month, the couple flew to France for their honeymoon, bringing their children.

Since touching down in Paris, the singer-actress has stepped out in edgy outfits, wearing Oscar de la Renta, Gucci, Reformation and Alexander McQueen, among others.

The couple have been seen at historic landmarks such as the Louvre Museum and on a Seine River boat cruise, while shopping on some of Paris’ most famous streets.

Last week, while walking down the sidewalk with Affleck, Lopez wore a floral cotton-blend midi dress by Oscar de la Renta, white flip-flops, purple cat-eye sunglasses by Fendi and a large Birkin bag in red crocodile skin from Hermès. She wore her hair in a bun and kept her gold jewelry simple.

Over the weekend, Lopez wore a few celebrity-favorite Reformation dresses, including the Tagliatelle linen dress in the Mildred print, which she wore with a brown Gucci handbag and Saint Laurent sandals, and the Stassie dress in the color Corvette, which she paired with a matching Valentino pink stud bag and nude Andrea Wazen antigone PVC platforms.

For her 53rd birthday dinner on Sunday, Lopez wore a black bodycon dress by Et Ochs, which featured a cutout design on one side, paired with a silver crystal clutch by Judith Leiber and black PVC sandals by Femme LA.

On Monday, the singer donned an Alexander McQueen electric blue poplin midi dress, which she wore with a Dior embroidered canvas tote and Otra Eyewear sunglasses.

On Sunday, to celebrate its anniversary, the actress’ beauty line JLo Beauty launched its first product as part of its bodycare expansion, which will ship in early August.